Nation of Islam lashes out at 3 black members of Congress, calling them sellouts for denouncing Farrakhan 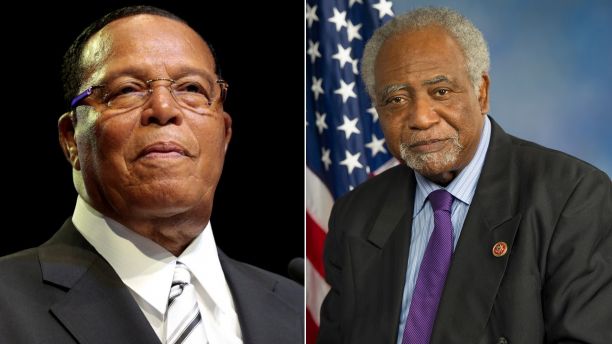 The Nation of Islam is lashing out at three black members of Congress who have denounced its leader, Louis Farrakhan, for making anti-Semitic and anti-white remarks in a recent speech.

In an open letter published on its website, the Nation of Islam accuses Reps. Gregory Meeks, Barbara Lee and Danny Davis of being sellouts and bowing to public pressure to disavow the 84-year-old minister for his incendiary keynote speech at the organization’s national conference in Chicago last month.

Before a crowd of several thousand, Farrakhan said such things as “powerful Jews are my enemy” and “the Jews were responsible for all of this filth and degenerate behavior that Hollywood is putting out turning men into women and women into men.”

The new open letter refers the three lawmakers to a previous letter that Farrakhan in 2010 directed at “black leadership” that warned against becoming “an apologist” for Jews. Farrakhan said that siding with Jews would put black leaders at risk of being “seen by the masses of our people as a modern day Uncle Tom who believes you owe more to [Jews] than to the masses of our suffering people.”