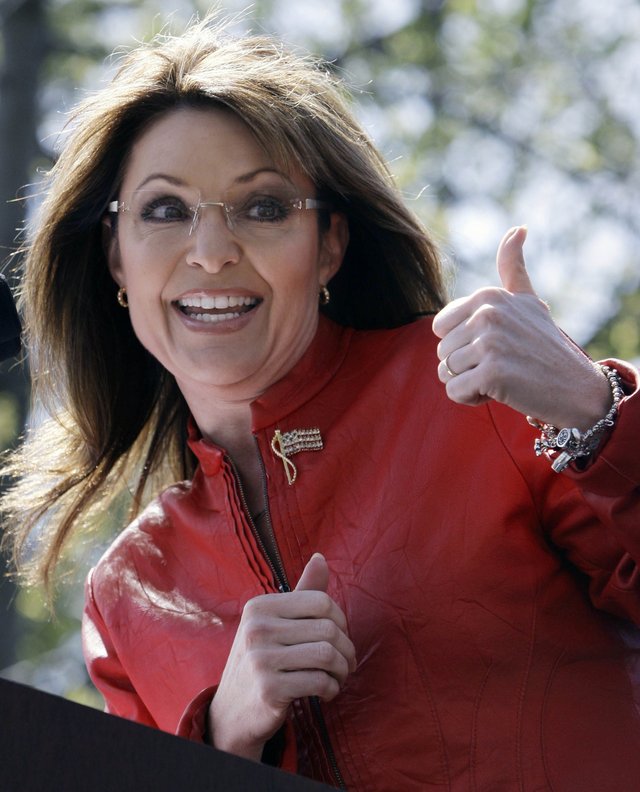 JUNEAU, Alaska (AP) â€” You might call it Sarah Palin‘s introduction to the cubs.

A biography of the former Alaska governor and self-described “mama grizzly” is set for release in September by Christian book publisher Zondervan.

“Speaking Up: The Sarah Palin Story” is one in a series of biographies aimed at 9- to 12-year-old readers. Others feature 2007 Heisman Trophy winner Tim Tebow and U2 frontman Bono.

Kathleen Kerr, an acquisitions editor for Zondervan‘s Zonderkidz division, said the subjects are prominent figures who children hear about in the news and role models for tweens who are “working for the betterment of the world in which we live and who are motivated primarily by their Christian faith.”

Palin, the 2008 Republican vice presidential nominee, has often referred to her faith and what she sees as her calling to public service. Palin has credited God with readying her heart for the birth of her youngest child, Trig, who has Down syndrome. At one time, Palin said, she wasn’t sure if she would be patient enough, but those doubts dissipated when he was born.

The biography by Grand Rapids, Mich.-based Zondervan is unauthorized. Author Kim Washburn said she was unable to interview Palin and didn’t speak with anyone close to her.

A Palin aide did not immediately respond to a message seeking comment Friday.

Washburn said she researched previously published material, including Palin‘s best-selling memoir, “Going Rogue: An American Life,” and news articles, many of which Washburn said were “really polarized” and complicated her efforts to focus more on the personal side of Palin than on the political side.

She said she was struck by Palin‘s work ethic and her independent streak â€” something she believes will resonate with young girls.