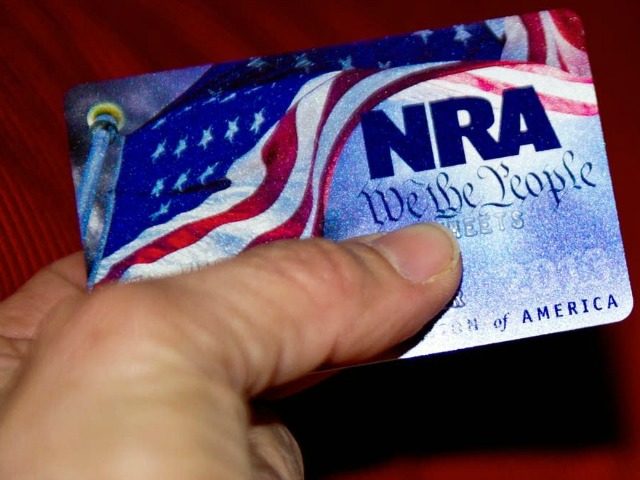 National Rifle Association memberships surged in the wake of the anti-NRA protests and “media bias” that followed the February 14 Florida school shooting.

The Daily Mail reports that Google searches for “NRA membership” rose “4,900 percent” since the Florida attack. That rise occurred at a time when many Democrats, media personalities, and Hollywood celebrities were denouncing the NRA as causal in the shooting that took 17 lives in a gun-free zone.

The Hollywood attitude was epitomized by writer-director Judd Apatow, actress Mia Farrow, and comedian Chelsea Handler, all of whom responded to the Florida school attack by calling out the NRA to drive a wedge between voters and pro-gun legislators.

CNN’s February 21 gun control town hall highlighted the media’s animosity towards the NRA, as it featured survivors from the Marjory Stoneman Douglas High School shooting confronting Republicans over NRA affiliation. The Guardian reported that one student spoke to Sen. Marco Rubio (R-FL), asking, “Can you tell me right now you will not accept a single donation from the NRA?”