Obama and Romney fight for the female vote 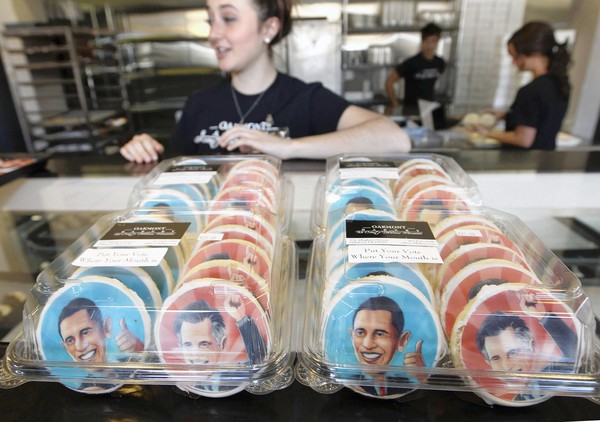 Buoyed by a much-improved performance Tuesday night, Obama traveled to the swing state of Iowa, where he renewed his attacks on Romney for proposing an end to federal funding forÂ Planned Parenthood, and again touted legislation he signed making it easier for women to sue for job discrimination.

“When Gov. Romney was asked about it, his campaign said, ‘We’ll get back to you,'” Obama said of the legislation, repeating a line from the debate. “That shouldn’t be a complicated question: Equal pay for equal work.”

Romney campaigned in Virginia, another battleground, where he suggested women had borne the brunt of hardship during an Obama tenure marked by economic anxiety.

“Why is it that there are 3.6 million more women in poverty today than when the president took office?” Romney demanded during a stop at Tidewater Community College inChesapeake. “This president has failed America’s women. They’ve suffered.”

Women have been a key constituency for Obama, and their enthusiastic backing is vital to his reelection hopes. The president has counted on a strong showing among women to offset Romney’s edge among men. Generally, Obama has been strongest among younger and single women, while Romney has been most popular among older and married women.

“People, especially women, have heard all this negative advertisement against Gov. Romney,” said Rich Beeson, political director of his campaign. “They saw Gov. Romney in the debate and saw an unfiltered view of his plans â€” what he would do â€” and I think it resonated.”

That accounted for some of the gains Romney had made in opinion polling, which encouragedÂ RepublicansÂ and prompted Obama and his Democratic allies to redouble their courtship of women.

Even as Romney focused his remarks Wednesday on the economy, his campaign launched a new TV spot that sought to reassure women â€” especially more moderate women â€” about his positions onÂ contraceptionÂ andÂ abortion.