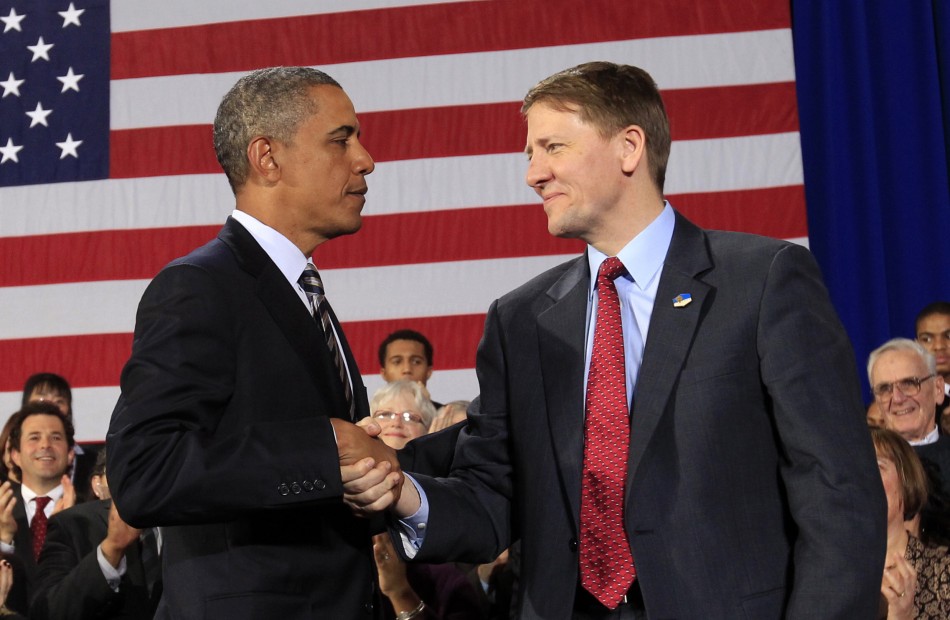 Pushing the limits of his recess appointment powers, President Obama on Wednesday bypassed the Senate to install three members of the National Labor Relations Board and a director for the controversial new Consumer Financial Protection Bureau – moves Republicans said amounted to unconstitutional power grabs.

â€œI refuse to take â€˜noâ€™ for an answer,â€ Mr. Obama said in Shaker Heights, drawing applause from his audience. â€œWhen Congress refuses to act and as a result hurts our economy and puts our people at risk, then I have an obligation as president to do what I can without them.â€

Mr. Obama tapped former Ohio Attorney General Richard Cordray to head the consumer protection agency and named three others – two Democrats and one Republican – to the labor board. Those nominations had all been stymied by congressional Republicans, who said Mr. Obama was accruing too much power to himself through those two agencies.