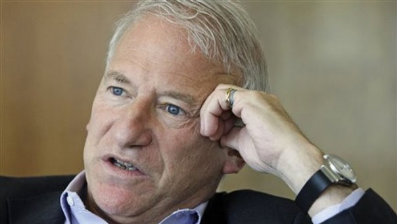 President Obama’s decision to appoint his close political ally, union leader Andrew Stern, to the newly created National Commission on Fiscal Responsibility and Reform has set off a firestorm of criticism from business and conservative groups who charge he is a political radical who should be investigated for failure to register as a lobbyist.

The prestigious 18-member commission will study and recommend ways to whittle down the $12 trillion debt the federal government has amassed. Stern is one of six panelists Obama has named; the House of Representatives and the Senate will each appoint six others.

Stern, the 59-year-old president of the 2.2 million-member Service Employees International Union, has angered business groups and political conservatives because of his support for health care reform and controversial “Card Check” legislation, which would make it easier for unions to organize in workplaces.

Called “the most important labor boss in America today” and once considered for secretary of labor, Stern has become a political lightning rod. His appointment to the commission, wrote Investor’s Business Daily, “is like having a serial arsonist organize Fire Prevention Week.” Katie Packer, executive director of Workforce Fairness, a group backed by the Chamber of Commerce, said his appointment to the commission “doesn’t pass the laugh test.”