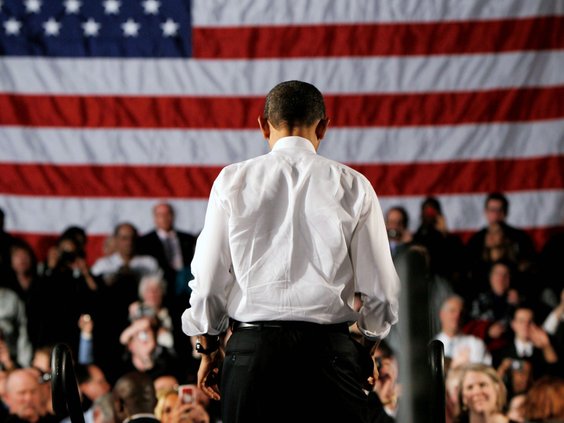 Fighting to overcome the impression of high spending and backroom deals, President Obama has honed his health care message to highlight his bill’s benefits to consumers â€” from better Medicare prescription-drug coverage for seniors to guaranteeing insurance regardless of pre-existing conditions.

Supporters say the White House’s public relations offensive has breathed new life into Democrats’ last-ditch effort to pass the legislation by next week.

“So much of his activity in the last few weeks has been around health care,” said Karen Davenport, director of health policy at the liberal Center for American Progress. “And I think the power of the presidency drives the stories and makes a huge difference.”

After months of drift, with the House and Senate arguing over competing bills, Mr. Obama has taken control of the debate, combining the two bills into a grand compromise, adding Republican ideas and dubbing it bipartisan. On Monday, both he and Democratic leaders said they were very optimistic it would become law.

Mr. Obama took his health care pitch on the road Monday for the third time in one week, traveling to Ohio to again make his case that Congress should ignore the political implications of supporting his bill and vote for it because it’s the right thing to do.

“The American people want to know if it’s still possible for Washington to look out for these interests, for their future,” Mr. Obama told a crowd in Strongsville.

Democrats don’t yet have the 216 votes required to pass the bills, but House Speaker Nancy Pelosi reaffirmed Monday that they will collect them, dismissing the concerns of some House Democrats about federal funding of abortion, Medicaid funding, Medicare reimbursement rates and the exclusion of protections for illegal immigrants. She called them unfounded.

“When we bring a bill to the floor, we will have the votes,” she said at a press conference while surrounded by more than a dozen babies and representatives of children’s groups that support the health care reform plan.

The yearlong push for health care has seen a series of starts and missteps, culminating with Republican Sen. Scott Brown’s surprise victory in a special election to fill the seat of the late Sen. Edward M. Kennedy, Massachusetts Democrat. That victory denied Democrats their filibuster-proof majority in the Senate, and gave backers in both chambers pause.