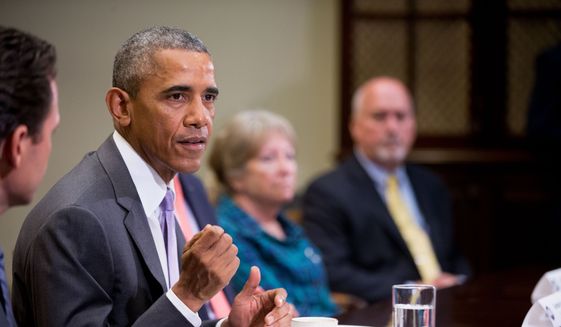 With enough votes in Congress to ensure the survival of his landmark nuclear deal with Iran, President Obama on Thursday turned his attention to other constituencies as the White House ramps up efforts to sell the agreement to a skeptical public.

The president, along with other officials such as Secretary of State John Kerry, met with veterans and Gold Star Mothers — mothers of men or women who died in the line of duty — at the White House.