Obama Pleads With Dems to Pass His Health Bill 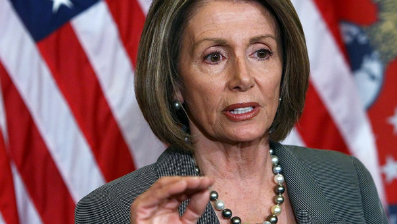 WASHINGTON — President Barack Obama summoned more than a dozen Democrats from the House of Representatives to the White House, pleading with them to put aside their qualms and vote for his massive health care overhaul.

In back-to-back meetings Thursday, Obama urged uneasy rank-and-file moderates and progressives to focus on the positives rather than their deep disappointment with parts of the bill. The lawmakers said Obama assured them the legislation was merely the first step, and he promised to work with them in the future to improve its provisions.

It’s the opportunity of a generation, he told them — and a chance to revive the party’s agenda after his rough first year in office.

“The president very pointedly talked about how important this is historically,” said Democratic Rep. Raul Grijalva, “how he needs our help.” Obama told them that “‘this is an opportunity, it’ll give us momentum”‘ on other issues, the congressman said.

Congressional leaders said they were hoping for votes on the legislation in as soon as two or three weeks.