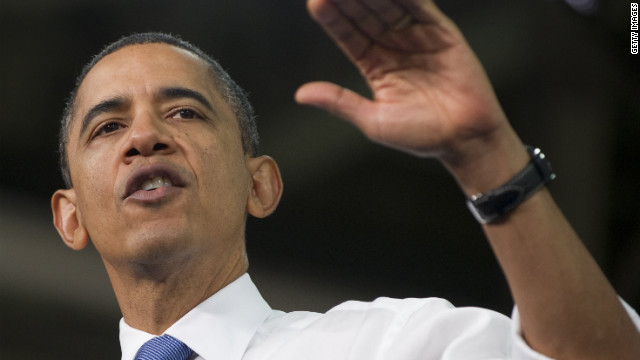 Washington (CNN)Â — The campaigns of President Barack Obama and Mitt Romney don’t agree on much. But on one subject, officials from both sides are in sync.

As the GOP primary race goes into its third official month, the biggest winner appears to be the president.

Referring to rivals Newt Gingrich and Rick Santorum, a Romney campaign staffer said, “The only person’s odds of winning are increasing are President Barack Obama’s,” arguing it was time for Gingrich and Santorum to depart the race.

Several leading Republicans have publicly echoed that sentiment in recent days, confronted with poll numbers showing the president’s job approval rating above 50% for the first time in months — a far cry from last fall when he was mired in the low 40s.

The ongoing Republican infighting has dragged down Romney’s favorability rating among swing voters, forced him to awkwardly pivot right from stances that otherwise would have resonated with a broader electorate in the fall and led to a series of gaffes that could have been avoided had the former Massachusetts governor sewed up the nomination weeks ago.

All the while, Obama’s own campaign machinations have largely skated under the radar, allowing him to appear to be the adult in the room as the Republican candidates fight over contraception, illegal immigration, the minimum wage and each others’ pasts.

In the process, Obama’s favorability among key voting blocs such as women and Latinos has jumped significantly. And most important, recent surveys suggest the president has rebounded among independent voters, a swath of the electorate that catapulted him to victory four years ago but had abandoned him during his presidency.

Equally disturbing to Republicans are a series of recent surveys showing the president handily beating Romney in a head-to-head contest, a reversal from October when Romney held a slight lead.

Ongoing Republican sniping has also allowed the Obama campaign to steadily build its campaign apparatus behind the scenes, opening scores of field offices in every key state out of which staffers and volunteers methodically resurrect the unparalleled get-out-the-vote effort from four years ago.