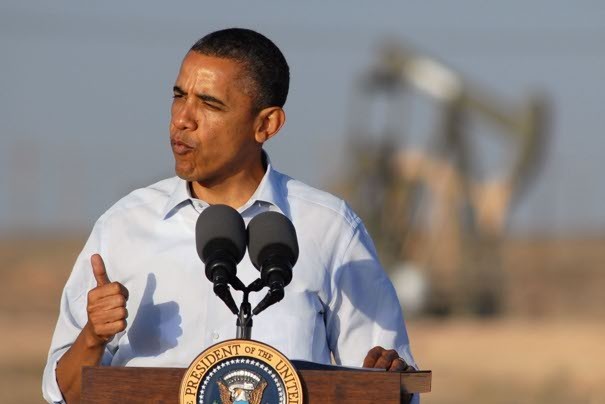 In Appleton, Wis., Romney assumed the mantle of presumptive nominee, delivering a revamped address attacking what he called Obama’s vision for a â€œgovernment-centered society.â€ Obama, in a four-stop campaign swing through New England, offered a robust defense of his first term and invoked his 2008 rallying cry by characterizing his actions as â€œwhat change is.â€

For months, the Republican nominating contest has dominated national headlines, with Romney fending off intense challenges from more conservative alternatives. But with the former Massachusetts governor pulling ahead in the delegate count and the White House moving into full reelection mode, both sides are now treating the campaign as a duel between Romney and Obama.

The president took credit for saving the auto industry, preventing a historic economic collapse and passing a sweeping health-care overhaul (though he did not mentionÂ the Supreme Court case challenging the law). His work is unfinished in Washington, he said, and he exhorted wildly enthusiastic crowds in deep-blue Burlington, Vt., and suburban Portland to help him win another term â€” so that more change can come.

Obama also signaled the broad themes in his quest for reelection and offered his sharpest critique yet of what he called the GOPâ€™s vision for America. Although he never named Romney, he framed a choice between middle-class security and â€œyouâ€™re on your ownâ€ economics. He rebuked his detractors for claiming the edge in â€œvalues.â€ He portrayed Republicans as more extreme and less willing to seek bipartisan solutions than ever. And he embraced his accomplishments, even the controversial ones, with a new vigor.

Romney, in Wisconsin, delivered the latest of what his campaign calls his â€œframing speeches,â€ this one about â€œrestoring Americaâ€™s promise.â€ It was a passionate defense of Americaâ€™s free-enterprise system, which he said has been under attack by an administration that considers business as â€œthe villain and not the solution.â€