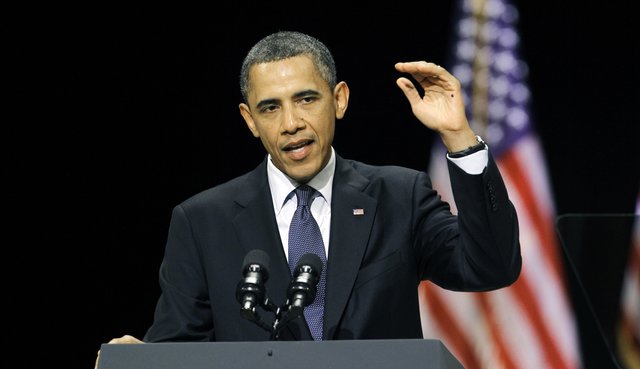 As PresidentÂ Obama shifts increasingly into reelection mode, he is feeling persistent anger and discontent from the left as well as the right.

White House Communications DirectorÂ Dan Pfeiffer was heckled and booed Friday at the annual Netroots Nation conference in Minnesota, a gathering of liberal activists from the online political community. WhenMr. Pfeiffer reminded the audience that the president championed an equal-pay law, the moderator replied, â€œFrankly weâ€™re a little sick of hearing about that one.â€

Less than 24 hours earlier,Â White House Chief of StaffÂ Bill Daley heard heated complaints from business leaders about burdensome government regulations at a meeting of theÂ National Association of Manufacturers in Washington. AsÂ Mr. Daley listened to tales of the administrationâ€™s unnecessary interference in industry, he replied, â€œSometimes you canâ€™t defend the indefensible.â€

â€œYou have to understand that he [Mr. Daley] went in there with no prior knowledge about the cases that were put before him,â€Â Mr. Carney told reporters. â€œBut obviously the [examples] that sounded bad, he thought, you know, sounded bad, and he said so.â€

The presidentâ€™s uneasy relationship with the business community has endured since the beginning of his term. But asÂ Mr. Obama has traveled the county recently to speak at Democratic fundraisers, the president also has acknowledged that liberal supporters may have grown disillusioned with his leadership.

â€œItâ€™s not as cool to be anÂ Obama supporter as it was in 2008, with the posters and all that stuff,â€Â Mr. Obama told Democrats at an exclusive fundraiser in Miami on Monday. â€œBut the values that motivated me havenâ€™t changed, and I hope they havenâ€™t changed for you, either.â€

To another group of donors in Miami,Â Mr. Obama said, â€œThere have been frustrations, and Iâ€™ve got some dings to show for it over the last two and a half years. But I never said this was going to be easy.â€

While various liberal groups are unhappy thatÂ Mr. Obama hasnâ€™t done more for gay rights or withdrawn troops from Afghanistan, the weak economy is at the forefront of the unrest. A CNN/Opinion Research Corporation poll released June 8 gaveÂ Mr. Obama a 48 percent job approval rating, down six percentage points from a survey in late May.

Administration officials contend that criticism from the Democratic base will be helpful ultimately.

AddedÂ Mr. Carney, â€œSome of the accomplishments that the president can claim in the first two and a half years meet with approval in that [Netroots conference], and broadly beyond that. The fact that people are pressing for more to be done, whether itâ€™s in business or in that [liberal] community, thatâ€™s the nature of our public life here. And itâ€™s why the president says â€¦ we have much work to do.â€

But as the president has tried to energize supporters, implicit in his remarks is the danger that fewer people from his 2008 army of volunteers will feel motivated to work for him in 2012.