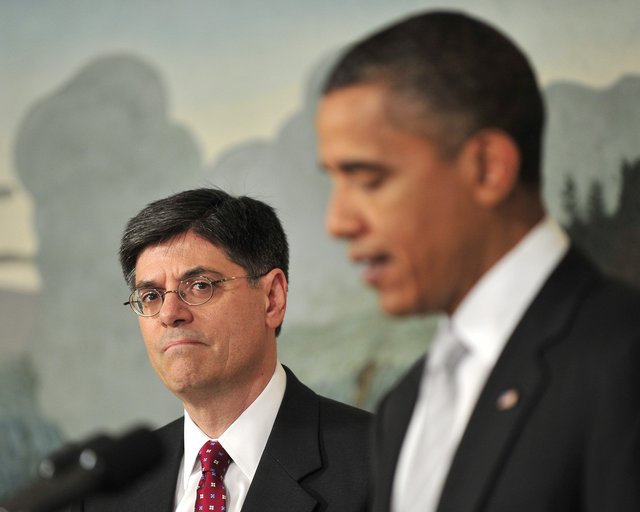 By Stephen Dinan and Kara Rowland, The Washington Times

Facing a potentially crippling fight over deficits and debt, President Obama on Tuesday tapped as his new budget director Jacob J. “Jack” Lew, the same man who helped President Clinton negotiate with a Republican Congress to achieve balanced budgets in the late 1990s.

The announcement of the new director of the Office of Management and Budget was met with praise from Capitol Hill, where lawmakers already are engaged in battles over spending and are looking to the White House to referee.

“If there was a hall of fame for budget directors, then Jack Lew surely would have earned a place for his service,” Mr. Obama said in announcing the nomination.

He said a chief task for Mr. Lew would be to see through the president’s commitment to enforce a three-year freeze on non-security discretionary spending. Mr. Obama already has vowed to veto any spending bills that don’t meet that commitment.

Douglas J. Holtz-Eakin, former head of the Congressional Budget Office and now president of the conservative American Action Forum, said Mr. Lew is a consensus choice likely to breeze through the nomination process.

“You can’t find someone to say something bad about him,” said Mr. Holtz-Eakin, who pointed out that the sentiment was shared by both lawmakers and the staff who worked with him at OMB, which is a difficult double to achieve.

Mr. Holtz-Eakin said the choice is likely to help Mr. Obama as he tries to engage Congress in spending wars and increasingly has to turn to Republicans, particularly if they make big gains in November’s elections.

“The issues that they have to be engaged in, not by choice but by necessity, are issues that involving reducing spending, where they’re going to need Republican allies,” he said.