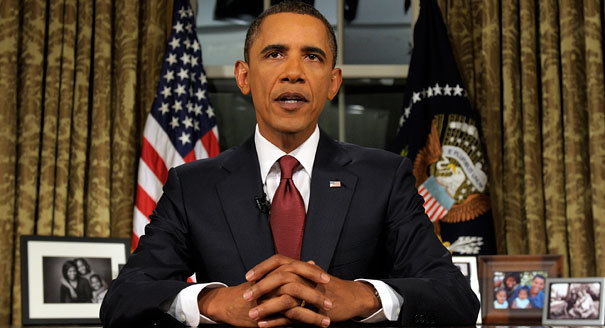 President Barack Obama plans to address the nation Sunday from the Oval Office on the government’s efforts to keep Americans safe, the White House announced.

Obama will address the ongoing investigation of the San Bernardino attacks, as well as the broader threat of terrorism, according to a release from the White House Press Secretary sent out Saturday. The address is scheduled for 8 p.m. ET.

“[The president] will reiterate his firm conviction that ISIL will be destroyed and that the United States must draw upon our values — our unwavering commitment to justice, equality and freedom — to prevail over terrorist groups that use violence to advance a destructive ideology,” the release said.