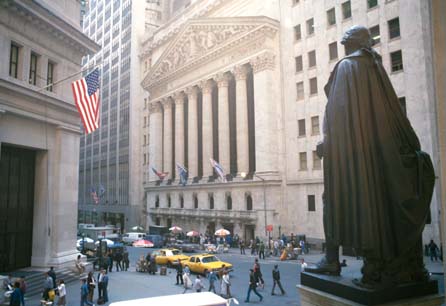 In his weekly radio and Internet address, Obama said the bill also would curb predatory lending practices, prevent banks from taking on too much risk and give shareholders more of a say.

“My responsibility as president isn’t just to help our economy rebound from this recession; it’s to make sure an economic crisis like the one that helped trigger this recession never happens again,” he said. “That’s what Wall Street reform will help us do.”

The Senate is debating the broadest rewrite of the rules governing Wall Street since the Great Depression. A final vote is possible as early as the coming week. The bill would then have to be merged with the House’s version.

The legislation would set up a mechanism to watch out for risks in the financial system, create a method to liquidate large failing firms and write new rules for complex securities blamed for helping precipitate the 2008 economic crisis. It also would create a new consumer protection agency, a key point for Obama.

The Senate version calls for an independent bureau within the Federal Reserve to write and enforce regulations that would police lending, while the House bill has a stand-alone agency.

“You’ll be empowered with the clear and concise information you need to make the choices that are best for you. We’ll help stop predatory practices, and curb unscrupulous lenders, helping secure your family’s financial future,” Obama said.

“With reform, we’ll make our financial system more transparent by bringing the kinds of complex, back-room deals that helped trigger this crisis into the light of day. We’ll prevent banks from taking on so much risk that they could collapse and threaten our whole economy.

“The stories I heard in Buffalo this week were a reminder that, despite the progress weve made, we need to keep working hard, so we can build on that progress and rebound from this recession in the short-term,” Obama said. “But even as we do, we also need to lay a new foundation for growth and shared prosperity over the long-term.”