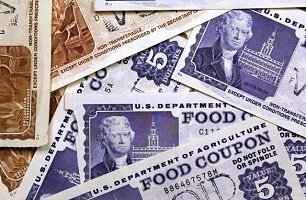 President Barack Obama’s health care law has had a surprising side effect: In some states, it appears to be enticing more Americans to apply for food stamps, even as the economy improves.

New, streamlined application systems built for the health care overhaul are making it easier for people to enroll in government benefit programs, including insurance coverage and food stamps.

In most affected states, the enrollment increases were not huge, ranging from 1 percent to 6 percent over two years, according to an Associated Press analysis. The sole exception was Nevada, where enrollment shot up 14 percent.

The enrollment is climbing as Republicans try to cut the costs of the food program and at a time when food-stamp usage would normally be expected to decline. Eligibility rules have not changed.