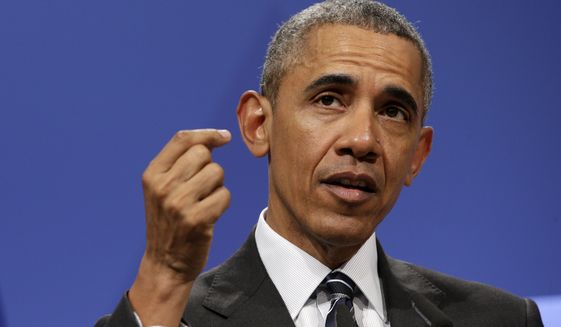 The 97 percent of scientists frequently cited by President Obama who agree on climate change? Some of them are actually climate “deniers.”

Take David Legates, University of Delaware professor of climatology. He’s known as a leading “denier” for his skeptical take on the catastrophic climate change narrative, but he does agree that the climate is changing — which, by Mr. Obama’s standard, puts him in the 97 percent.

In fact, Mr. Legates says the figure is probably closer to 100 percent, because few reputable scientists would disagree that the climate changes, or even that humans have an impact on climate. Where he and other scientists part company with the “consensus” is on the narrower issues of whether human activity is the primary driver of global warming or whether it signals imminent climate disaster.

“Neither of these arguments have been proven, and they represent the extremes to which the ‘believers’ will go to push their agenda,” said Mr. Legates in an email to The Washington Times. “These questions are seldom addressed by the ‘believers’ when they are trying to manufacture their supposed ‘consensus’ since they will not find widespread agreement.”