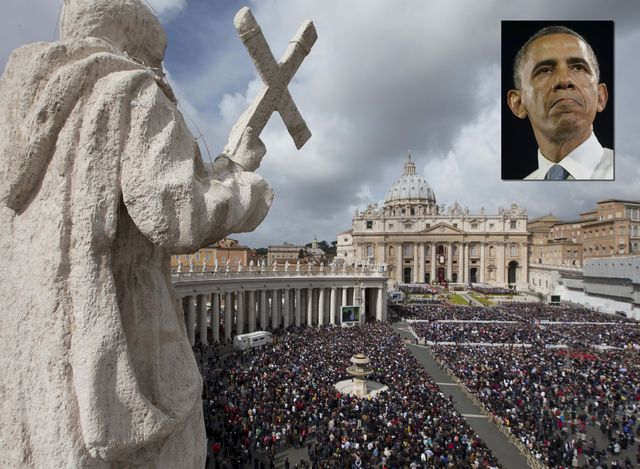 The Obama administration, in what’s been called an egregious slap in the face to the Vatican, has moved to shut down the U.S. Embassy to the Holy See — a free-standing facility — and relocate offices onto the grounds of the larger American Embassy in Italy.

The new offices will be in a separate building on the property, Breitbart reported.

And while U.S. officials are touting the relocation as a security measure that’s a cautionary reaction to last year’s attacks on America’s facility in Benghazi, several former American envoys are raising the red flag.

It’s a “massive downgrade of U.S.-Vatican ties,” said former U.S. Ambassador James Nicholson in the National Catholic Reporter. “It’s turning this embassy into a stepchild of the embassy to Italy. The Holy See is a pivot point for international affairs and a major listening post for the United States, and … [it’s] an insult to American Catholics and to the Vatican.”