Obama’s Plan “Attractive To Those Who Don’t Pay Taxes” 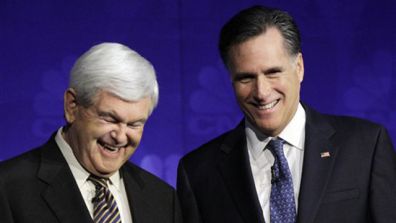 Late on Monday night GOP presidential hopeful Mitt Romney held a press conference to address comments he made at a fundraiser that were taped by an attendee. The Republican nominee was caught talking about the “47 percent of the people who will vote for the president no matter what.”

The media, including MSNBC, are billing the recordings as the “secret Romney tapes.”

At tonight’s presser, Romney defended himself and said Obama’s “approach is attractive to people who are not paying taxes because, frankly, my discussion about lowering taxes isn’t as attractive to them and therefore I’m not likely to draw them into my campaign as effectively as those who are in the middle.”

“I hope the person who has the video will put out the full material,” Romney said when asked about.