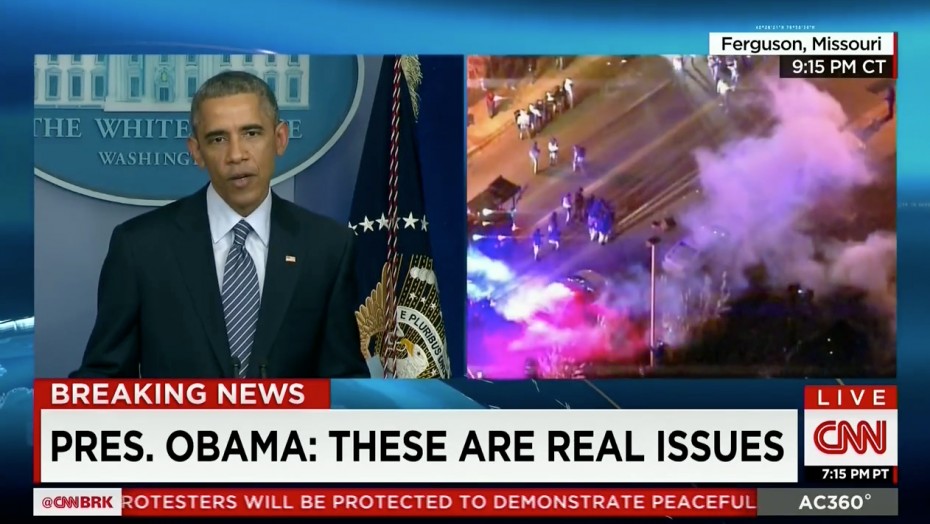 It will be an image that may endure beyond Barack Obama’s tenure: The president calling for calm on one side of the TV screen; the scene in Ferguson, Mo. escalating with sirens, smoke, flash grenades, and furious residents on the other.

Obama emerged into the White House Briefing Room shortly after 10 pm ET, a little more than 90 minutes after prosecutors in St. Louis County announced that a grand jury had voted to not indict Officer Darren Wilson in the summer shooting death of Michael Brown.

Even as the president spoke, it felt as if the situation on the ground in Ferguson was beginning to spiral. And viewers could be forgiven for becoming transfixed by the pictures and tuning out Obama’s calls for calm.