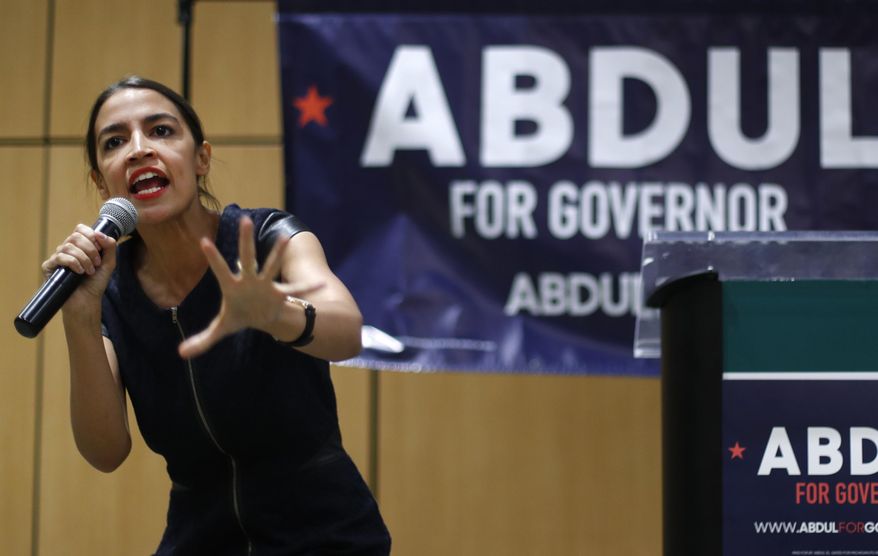 Rep. Alexandria Ocasio-Cortez, D-N.Y., allegedly screamed at Customs and Border Protection agents “in a threatening manner” during a recent visit to a southern border facility in Texas, according to a report — after she made the explosive claim that women being held at at least one facility are being forced to drink “out of toilets.”

The New York Democrat allegedly became angry with federal agents on Monday in El Paso during a trip to the area with roughly a dozen members of the Congressional Hispanic Caucus, the Washington Examiner reported, citing two witnesses at the location.

“She comes out screaming at our agents, right at the beginning [of the tour] … Crying and screaming and yelling,” one witness said. “The agents, they wanted to respond, but they held back because she’s a congressional delegate. But when you have someone yelling at you in a threatening manner … They were like, ‘Hey, you need to kinda step back.’”

The report claims Ocasio-Cortez refused to tour the facility, as well, choosing to stay with a family in a holding area instead. The freshman rep previously tweeted about her visit to border facilities, writing that people of all ages were being mistreated and were “drinking out of toilets” as the guards laughed at the migrants’ plight right in front of her.