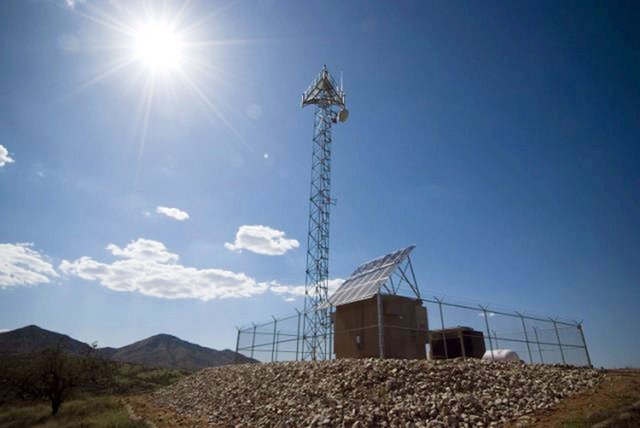 By Shaun Waterman, The Washington Times

ASPEN, Colo. | The U.S. official in charge of the troubled effort to seal the U.S.-Mexico border said Wednesday that the recent wave of deadly violence in the region is a sign that his efforts are bearing fruit.

“I would not say it is a sign of success,” said Mark Borkowski, executive director of the Secure Border Initiative (SBI) at the Department of Homeland Security. “The increase in violence is a symptom that the border is more secure, because it is a reaction to it.”

Arizona rancher Robert Krentz was fatally shot this year in an incident that investigators think was linked to cross-border smuggling. The killing has become has a potent symbol for the anxieties of those in the state who fear that Mexico’s wave of extreme drug violence will spill across the porous border.

Speaking at the Aspen Security Forum, Mr. Borkowski sought to explain the delays and cost overruns that have beset his office’s highest- profile program, dubbed “SBInet” â€” a $1.1 billion “virtual fence” that would use remote sensors, radar and other technology to monitor and secure the southwest border.

He said that SBInet was “a put all your eggs in one basket kind of a move” and a “reasonable gamble,” given the urgency of the problem.

“We did not do our due diligence on what the right answer was” to the challenge of using technology to monitor the most remote and inhospitable stretches of the border, he said. Instead, “We decided to use the power of competition” to try to identify those answers.

“The gamble didn’t pay off,” he said. “History will tell whether it was prudent to take that gamble.”

Stephen Oswald of Seattle-based Boeing Co., the main contractor on the SBInet project, told the forum: “If I was to go back three years [to when the project started], I would do a number of things differently.”

At times, both men seemed to struggle to explain the failure of SBInet, which, according to congressional overseers, has spent more than $1 billion and failed to secure even the 53 miles of border over which it is deployed.