by Carlo Muñoz and Guy Taylor | The Washington Times
December 20, 2016 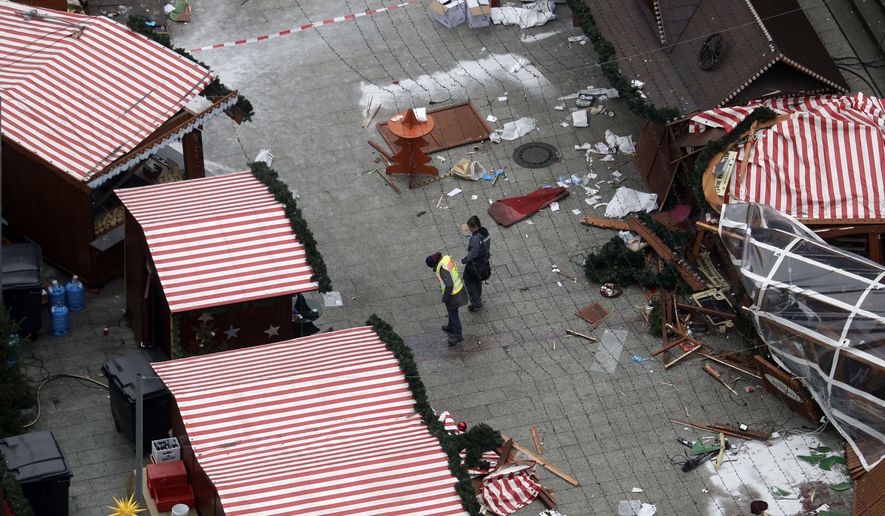 The Christmas market attack in Berlin may have been the work of multiple terrorist operatives, according to German authorities who warned Tuesday that the deadly strike could be the first of several plotted against the city.

German Attorney General Peter Frank told reporters that a 23-year-old Pakistani asylum-seeker taken into custody following Monday night’s attack “may not have been the perpetrator or belong to the group of perpetrators” responsible.

Other security sources went further, telling Germany’s Die Welt newspaper that police believe they have arrested the wrong man. According to the Deutsche Welle, the nation’s public international broadcaster, a police chief told Die Welt that “the true perpetrator is still armed, at large and can cause fresh damage.”

Authorities say 12 people were killed and 48 wounded Monday night when a tractor-trailer truck plowed through a Christmas market in West Berlin.

Holger Münch, the head of Germany’s Criminal Police Agency, warned Tuesday that further attacks may be coming. In the aftermath of such an incident, “there’s always a heightened risk of significant further attacks,” he said.