Omar fires back at Trump over rally remarks: ‘This is my country’ 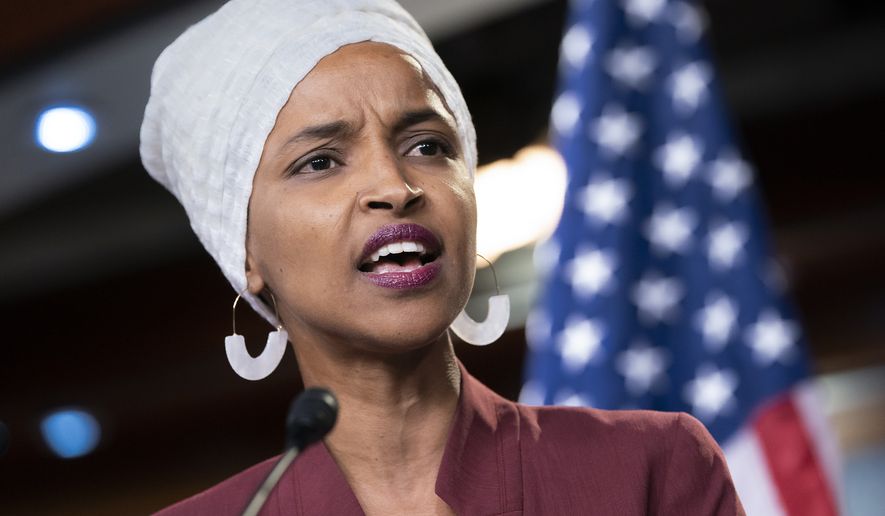 Rep. Ilhan Omar (D-Minn.) on Tuesday night fired back at President Trump, who went after her at a campaign rally in Pennsylvania.

Trump on Tuesday said Omar, a refugee from Somalia who came to the U.S. as a child, is “telling us how to run our country” and taunted her, asking, “How is your country doing?”

“Firstly, this is my country & I am a member of the House that impeached you,” Omar shot back. “Secondly, I fled civil war when I was 8. An 8-year-old doesn’t run a country even though you run our country like one.”

Omar has been an American citizen since 2000.

The Minnesota lawmaker has been a favorite target of Trump throughout his presidency, pouncing on her critical comments of Israel to cast her as anti-Semitic and saying at one point she and three other congresswomen of color should “go back” to their countries.

Omar has also been a prominent foil for the GOP faithful, which broke out into a “send her back” chant at a Trump rally last year.

The feud between the two comes as Trump also makes a play for Minnesota in the presidential race, though former Vice President Joe Biden is still expected to win the Gopher State, and Omar is expected to handily win reelection in her solidly blue district that represents Minneapolis.