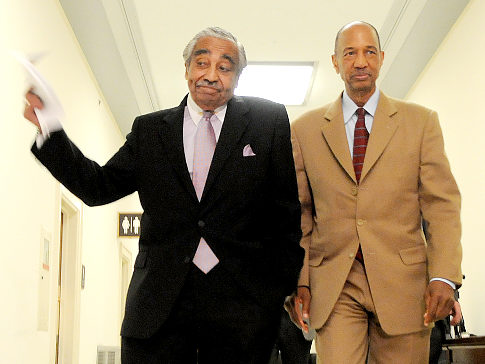 Sorry, Charlie, but many Harlemites say they’ve lost faith in the man who represented them in Congress for 40 years.

Barry Johnson, 62, saidÂ Rep. Charles Rangel should call it a career after being formally hit with 13 ethics violations.

“When you do something that breaks the rules, you should be punished for it,” Johnson said. “He did some good for a long period of time, but it’s time for someone new.”

Johnson was floored by the 13 charges a House ethics panel leveled against the fabledÂ New York powerbroker, particularly the allegations that he failed to pay federal taxes on aÂ Dominican Republic property.

“You can’t have someone in charge of the Ways and Means Committee and not pay taxes,” Johnson said, referring to the powerful tax-writing committee Rangel chaired until March.

Other residents praised the work Rangel had done for the district, but said his place inÂ Harlem history was compromised.

“He paved the way for a lot of programs here,” saidÂ Leslie Young, 42. “He’s part of a legacy. Now, at the end of his career, they tarnish it. And now it’s going to be harder to pass on that legacy.”

Randolph Cary thought Rangel’s best option was to retire rather than have his dirty laundry aired during an ethics trial.

“He had a great career. I’d hate to see him go out like this,” said Cary, 47. “I really don’t want to see his reputation tarnished. I’d rather see him retire.”

Others were holding out hope that he would beat the charges.