Palin accuses Obama of being in bed with big oil 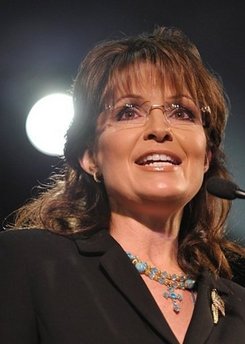 WASHINGTON (AFP) â€“ Right-wing darlingÂ Sarah PalinÂ accused USPresident Barack ObamaÂ on Sunday of leading a lax response to theGulf of Mexico spillÂ because he is too close to the big oil companies.

The formerÂ vice presidential candidateÂ and Alaska governor, who champions off-shore drilling, criticized the media for not drawing the link between Obama and big oil and said if this spill had happened under formerÂ Republican president George W. BushÂ the scrutiny would have been far tougher.

“I don’t know why the question isn’t asked by the mainstream media and by others if there’s any connection with the contributions made topresident ObamaÂ and his administration and the support by the oil companies to the administration,” she toldÂ Fox News Sunday.

More than 3.5Â million dollarsÂ has been given to candidates by BP over the last 20 years, with the largest single donation, 77,051 dollars, going to Obama, according to theÂ Center for Responsive Politics.

Palin suggested this close relationship explained why Obama was, “taking so doggone long to get in there, to dive in there, and grasp the complexity and the potential tragedy that we are seeing here in theGulf of Mexico.”

The BP-leasedÂ Deepwater HorizonÂ rig exploded on April 20, killing 11 workers, and sank two days later. Ever since, hundreds of thousands of gallons of oil, perhaps millions, have been spewing each day into the sea.

The resulting slick, now the size of a small country, threatens to leaveLouisiana’s fishing and coastalÂ tourismÂ industries in tatters, ruin pristine nature reserves, and cause decades of harm to the ecology of fragile marshes that are a haven for rare wildlife and migratory birds.

The Obama administration has been forced to defend its response to the disaster as someÂ Republicans have sought to portray it as their Katrina, an allusion toÂ president Bush’s mishandling of the response to the 2005 hurricane that devastated Louisiana.

“Sarah PalinÂ was involved in that election, but I don’t think, apparently, was paying a whole lot of attention,” Gibbs said.

“I’m almost sure that the oil companies don’t consider the Obama administration a huge ally. We proposed awindfall profits taxÂ when they jacked their oil prices up to charge for gasoline.

“My suggestion toÂ SarahÂ Palin would be to get slightly more informed as to what’s going on in and around oil drilling in this country.”