Palin’s Effort to Tamp Down Furor Stokes It 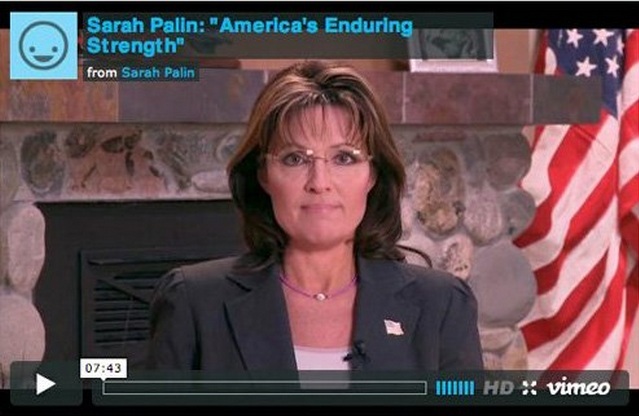 The presidential-quality stagecraft was there: an American flag over Sarah Palin’s left shoulder and another over her heart. So was the rhetorical polish, with its invocations of the Founding Fathers and the Constitution, God and Ronald Reagan.

And after four days of near silence, the timing guaranteed that Palin would be written into the story line of President Obama’s visit to comfort grief-stricken Tucson after a massacre there.

But if the statement that Palin put out Wednesday was designed to tamp down the criticism of her incendiary style of politics, it turned out to have the opposite effect.

Within minutes of the video and its accompanying Facebook post going viral on the Internet, all of that was subsumed by a new furor over Palin’s choice of two words to describe her critics in the media: “blood libel.”

Her choice of that provocative phrase underscored the challenge and the contradiction that confront the Republican former Alaska governor as she undertakes a new strategy to retool her image and elevate her stature in preparation for a possible presidential run in 2012.

A presidential campaign would pit Palin’s ambition against her impulses and test her ability to expand her reach beyond the narrow slice of the population that rallies behind her.

To read more, visit: Palin’s Effort to Tamp Down Furor Stokes It