Paul Ryan: Obama’s State of the Union ‘degrades the presidency’ 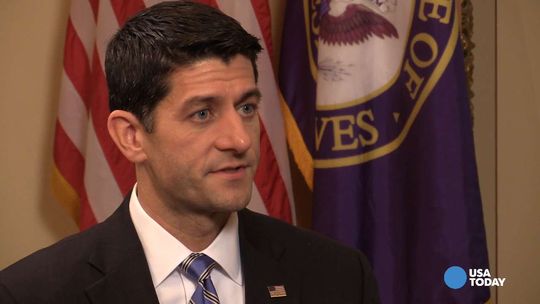 In a scathing response to President Obama’s State of the Union Address, House Speaker Paul Ryan told USA TODAY on Wednesday that the speech’s political tone toward Donald Trump and the Republican presidential field “degrades the presidency.”

Obama made comments unmistakably targeted at Trump, though he didn’t mention the GOP front-runner by name in Tuesday’s address. The president blasted as un-American and wrong-headed those who are “promising to restore past glory if we just got some group or idea that was threatening America under control.”

Ryan said he agreed with Obama that Trump’s proposal to temporarily ban Muslim immigrants from the United States was a bad idea. “Putting a religious test on anybody coming to this country is wrong,” the Wisconsin Republican said. “We ought to have a security test, not a religious test. That’s who we are.