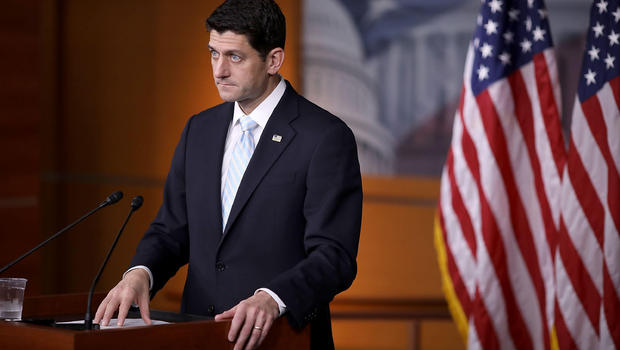 WASHINGTON — Congressional Republicans are working with the Trump transition team on a solution for immigrants brought illegally to this country as kids, House Speaker Paul Ryan said Thursday.

Hundreds of thousands of these immigrants gained temporary protections and work permits from President Obama. While campaigning for president, Donald Trump promised to undo those protections, putting the immigrants at risk of deportation, although he said last month he hoped to “work something out” to help them.

Ryan didn’t detail what Congress and Mr. Trump would do about the program, called Deferred Action for Childhood Arrivals, or DACA. But when questioned on a CNN town hall by a woman who identified herself as a DACA recipient with a young daughter, Ryan told her he did not want to see her deported.

“I can see you love your daughter, you are a nice person who has a great future ahead of you, and I hope your future is here,” Ryan said.

“What we have to do is find a way to make sure that you can get right with the law, and we’ve got to do this in a good way so that the rug doesn’t get pulled out from under you and your family gets separated.”

343 Comments - what are your thoughts?