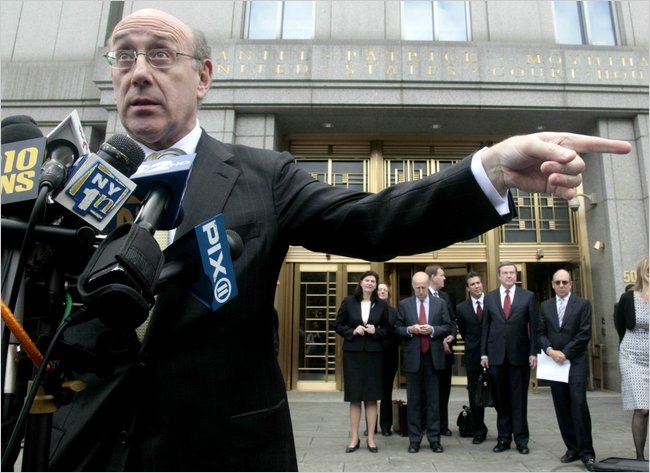 WASHINGTON (AP) â€” The Obama administration‘s pay czar said Friday that he did not try to recoup $1.6 billion in lavish compensation to top executives at bailed-out banks because he wanted to avoid another public fight over banker pay.

Ken Feinberg said 17 banks receiving taxpayer money from the $700 billion financial bailout made “ill-advised” payments to their executives. But he stopped short of calling them “contrary to the public interest,” language that would have signaled a fight to get it back.

Of the 17 banks he criticized, all but five have repaid their bailouts.

Among the companies he let go are two whose bailouts will cost taxpayers billions: American International Group Inc. and CIT Group Inc.

Rather than demanding they return the money, Mr. Feinberg invited the 17 banks to give their boards of directors more power to withhold pay during future crises. The request was voluntary.

“If the company’s board of directors has identified that the firm is in a crisis situation, the compensation committee would have the authority to restructure, reduce or cancel pending payments to executives,” according to a fact sheet Mr. Feinberg released.

The review covered the period from October 2008 to February 2009. The starting point was when banks began receiving bailout money from the bailout, formally known as the Troubled Asset Relief Program. The ending point was when Congress enacted pay curbs on institutions receiving government support.

He determined that a total of $1.7 billion in payments were made during that period that would have violated the guidelines adopted later. And $1.6 billion of that amount was paid out by 17 of the country’s largest financial institutions.