Pearl Harbor Still a Day for the Ages, but a Memory Almost Gone 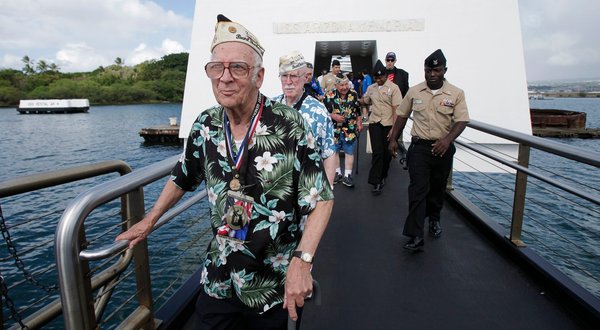 HONOLULU â€” For more than half a century, members of the Pearl Harbor Survivors Association gathered here every Dec. 7 to commemorate the attack by the Japanese that drew the United States into World War II. Others stayed closer to home for more intimate regional chapter ceremonies, sharing memories of a day they still remember in searing detail.

But no more. The 70th anniversary of the Pearl Harbor attack will be the last one marked by the survivorsâ€™ association. With a concession to the reality of time â€” of age, of deteriorating health and death â€” the association will disband on Dec. 31.

â€œWe had no choice,â€ said William H. Eckel, 89, who was once the director of the Fourth Division of the survivorsâ€™ association, interviewed by telephone from Texas. â€œWives and family members have been trying to keep it operating, but they just canâ€™t do it. People are winding up in nursing homes and intensive care places.â€

Harry R. Kerr, the director of the Southeast chapter, said there werenâ€™t enough survivors left to keep the organization running. â€œWe just ran out of gas, thatâ€™s what it amounted to,â€ he said from his home in Atlanta, after deciding not to come this year. â€œWe felt we ran a good course for 70 years. Fought a good fight. We have no place to recruit people anymore: Dec. 7 only happened on one day in 1941.â€

The fact that this moment was inevitable has made this no less a difficult year for the survivors, some of whom are concerned that the event that defined their lives will soon be just another chapter in a history book, with no one left to go to schools and Rotary Club luncheons to offer a firsthand testimony of that day. As it is, speaking engagements by survivors like Mr. Kerr â€” who said he would miss church services on Sunday to commemorate the attack â€” can be discouraging affairs.

â€œI was talking in a school two years ago, and I was being introduced by a male teacher, and he said, â€˜Mr. Kerr will be talking about Pearl Harbor,â€™Â â€ said Mr. Kerr. â€œAnd one of these little girls said, â€˜Pearl Harbor? Who is she?â€™

â€œCan you imagine?â€ he said.