Pelosi throws shade as Green New Deal unveiled: ‘Green dream or whatever they call it’ 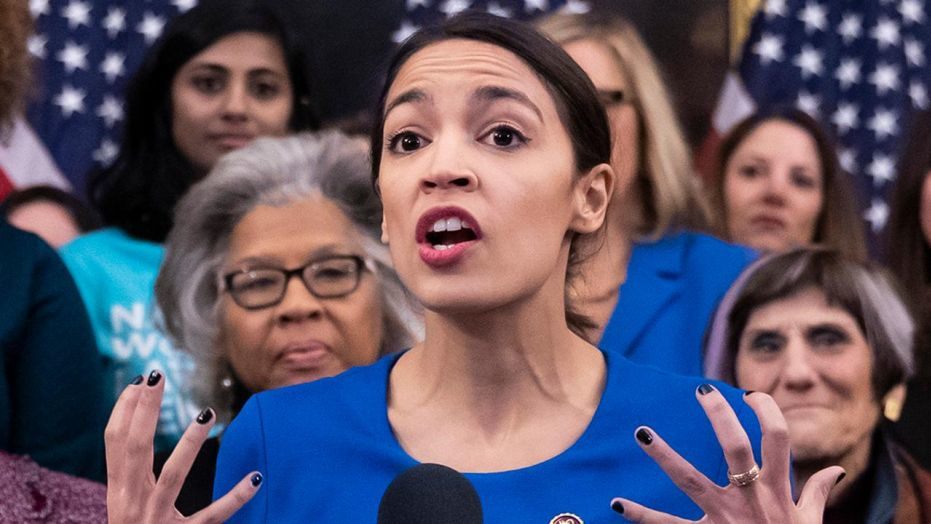 “It will be one of several or maybe many suggestions that we receive,” Pelosi told Politico on Wednesday. “The green dream or whatever they call it, nobody knows what it is, but they’re for it right?”

Pelosi took a more conciliatory tone on Thursday, saying: “Quite frankly, I haven’t seen it, but I do know it’s enthusiastic and we welcome all the enthusiasm that is out there.” She also named Democratic members to serve on the new Select Committee on the Climate Crisis, but Ocasio-Cortez was not one of those members.

The ding by Pelosi comes just as Ocasio-Cortez and Sen. Ed Markey, D-Mass., are teasing the ambitious deal and set to unveil it at a Thursday afternoon press conference. The measure is currently in a form of a non-binding resolution — meaning even if it passes it won’t do anything. But it formally outlines the proposal in Congress for the first time and would mark a start on the path toward what Ocasio-Cortez has called “a wartime-level, just economic mobilization plan to get to 100% renewable energy.” Cost estimates for the sprawling proposal range into the trillions.