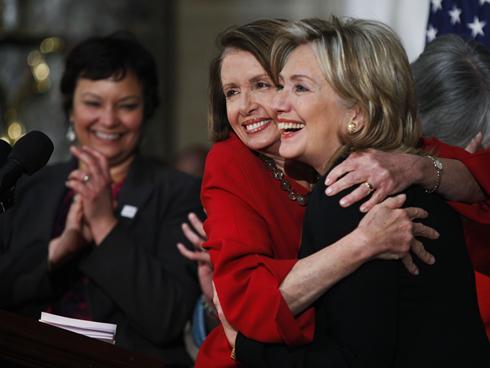 “Yes, we can win the House,” the California Democrat said during a sit-down interview in her Capitol office.

“If she runs, she will win the nomination. And if she’s our nominee, she clearly — I mean, the campaign, the joint effort — would be one that could not only take her into office but would [pull Democrats to victory],” Pelosi said.

“There’s opportunity, all kinds of statistics now about if the Democrats have a presidential candidate who … wins by 52 percent — that’s over 20 [House] seats,” Pelosi added. “And so 53 [percent] is a victory [for House Democrats].”