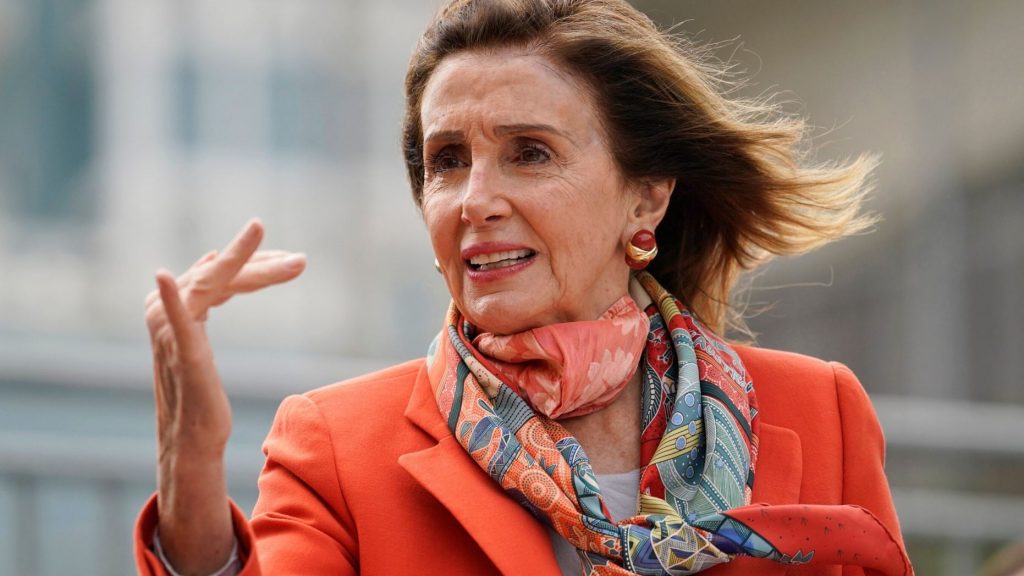 A San Francisco cosmetologist who works at the salon that House Speaker Nancy Pelosi visited earlier this week attempted Wednesday to distance himself from the salon’s owner, Erica Kious.

In a statement issued by his lawyer, hair stylist Jonathan DeNardo appeared to agree with Pelosi’s accusation that her appointment at eSalon on Monday was “a set-up” designed to embarrass the Democrat for allegedly ignoring coronavirus rules, according to reports.

“The fact that Ms. Kious is now objecting to Speaker Pelosi’s presence at eSalon, and from a simple surface-level review of Ms. Kious’ political leanings, it appears Ms. Kious is furthering a set-up of Speaker Pelosi for her own vain aspirations,” the statement issued by lawyer Matthew Soleimanpour said.

“Mr. DeNardo’s name has now been dragged through the mud for simply following Ms. Kious’ recommendations.”

According to Soleimanpour, DeNardo worked on Pelosi’s hair after receiving approval from Kious. DeNardo has worked at the establishment for six years and has been in regular communication with the owner, the lawyer said.

DeNardo claims that during a phone call last weekend in which Kious gave him approval to work on Pelosi’s hair on Monday, the salon owner was openly critical of the 80-year-old House speaker, who has represented San Francisco in Congress since 1987.

“Ms. Kious took special interest in the appointment during this telephone call, wherein she made several vitriolic and incendiary comments about Speaker Pelosi and her purported responsibility for temporarily suspending operations of Ms. Kious’ business,” according to the statement, which was obtained by San Francisco’s KRON-TV.

Soleimanpour also said his office has evidence that Kious had actually been operating her business during stay-at-home orders where she was seen “styling various clients’ hair, ignoring social distancing guidelines, and not wearing protective equipment (masks), as recently as a few days prior to Speaker Pelosi’s arrival at eSalon on August 31.”

He added that Kious had also been “almost forcing stylists” at the salon to violate orders “for her own financial benefit in the form of receiving lease payments,” the statement alleged, according to the station.

Soleimanpour claimed his client took “all requisite safety measures” during the appointment, including cleaning all service areas and wearing protective equipment recommended by the federal Centers for Disease Control and Prevenetion (CDC).

In security footage obtained by Fox News, and timestamped Monday at 3:08 p.m. PT, Pelosi is seen walking through the salon with wet hair, and without a mask over her mouth or nose.

A screengrab of the text message the owner received from one of her stylists and obtained by Fox News, said: “I’ll be there at 2:45 tomorrow. Pelosi assistant just messaged me to do her hair.”

Kious had said she viewed Pelosi’s visit as a double standard.

“It was a slap in the face that she went in, you know, that she feels that she can just go and get her stuff done while no one else can go in, and I can’t work,” Kious told Fox News, adding that she “can’t believe” the speaker didn’t have a mask on. (From the footage, it appears Pelosi had some kind of covering around her neck.)

Kious spoke to Fox News’ Tucker Carlson hours after Pelosi addressed the backlash, claiming she had frequented the salon “over the years many times,” and demanding an apology from the owner “for setting me up.”

“There was no way I could’ve set that up,” Kious responded. “I’ve had a camera system in there for five years. I mean, I didn’t go in there and turn cameras on as soon as she walked in and set her up. So that is absolutely false.”