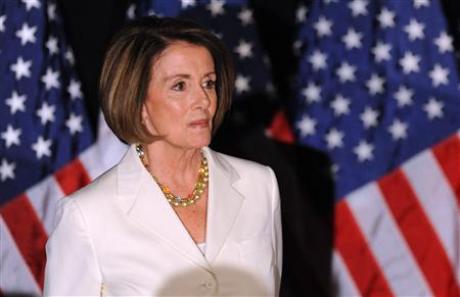 By Kevin Bogardus, The Hill

House Minority Leader Nancy Pelosi (D-Calif.) saw her net worth rise 62 percent last year, cementing her status as one of the wealthiest members of Congress.

Pelosi was worth at least $35.2 million in the 2010 calendar year, according to a financial disclosure report released Wednesday. She reported a minimum of $43.4 million in assets and about $8.2 milion in liabilities.

Speaker John Boehner (R-Ohio) also remained a multimillionaire. He reported that his minimum net worth in 2010 was close to $2.1 million, with zero liabilities. His 2009 minimum net worth was more than $1.8 million.

Forms disclosing the assets and liabilities of lawmakers for the 2010 calendar year were released Wednesday. The forms give a good estimate of lawmaker wealth, though they show ranges and not precise values for stocks, pension plans, vacation homes and other assets of lawmakers.

Pelosi saw her wealth rise due to some stock gains and real estate investments made by her husband, Paul.