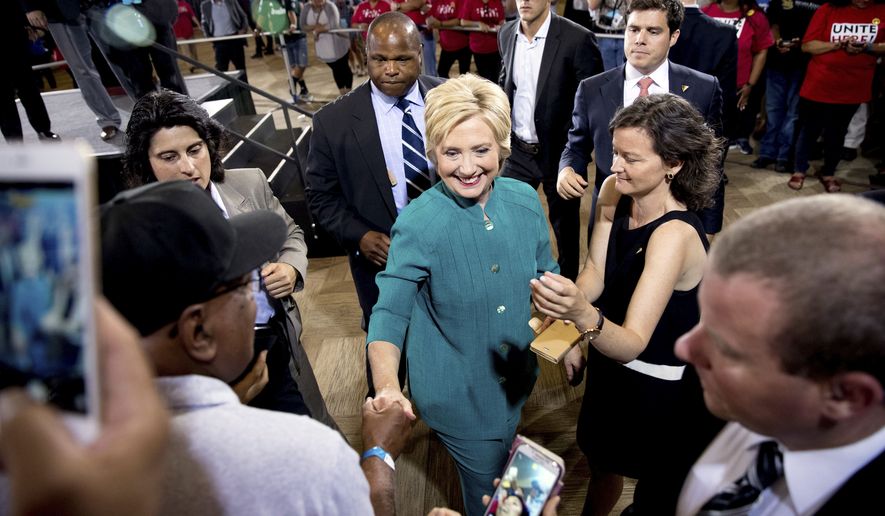 Philadelphia’s police union is blasting Hillary Clinton for inviting relatives of victims of police shootings to speak at the Democratic National Convention next week, but failing to include relatives of slain police officers.

John McNesby, president of the Fraternal Order of Police Lodge 5, said the union was “shocked and saddened” by the planned choice of speakers at the convention, which opens Monday in Philadelphia.

“The Fraternal Order of Police is insulted and will not soon forget that the Democratic Party and Hillary Clinton are excluding the widows and other family members of police officers killed in the line of duty who were victims of explicit and not implied racism,” Mr. McNesby said in a statement.

He said it’s “sad that to win an election Mrs. Clinton must pander to the interests of people who do not know all the facts, while the men and women they seek to destroy are outside protecting the political institutions of this country.

“Mrs. Clinton, you should be ashamed of yourself, if that is possible.”