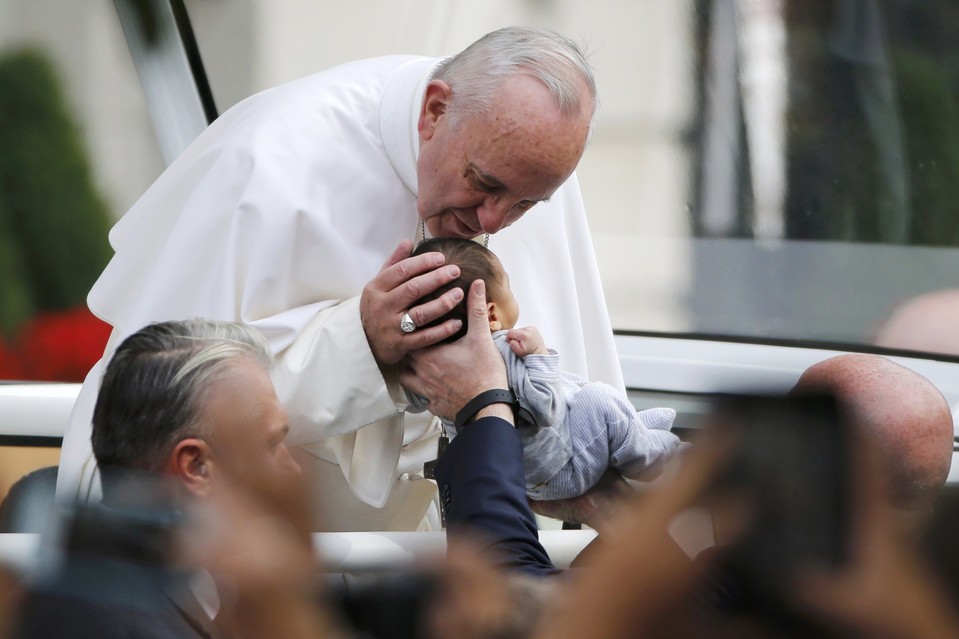 PHILADELPHIA— Pope Francis addressed a crowd of thousands gathered at Independence Mall, using the nation’s birthplace as a jumping off point to expand upon his trip’s themes of religious freedom and inclusiveness.

“It was here that the freedoms which define this country were first proclaimed,” the pope said in Spanish to the crowd, calling the stop “one of the highlights” of his visit to the United States.

Speaking from the lectern used by President Abraham Lincoln to deliver the Gettysburg Address, he reminded people of the equality promised by the Declaration of Independence and that all people “are endowed by their Creator with certain inalienable rights.”