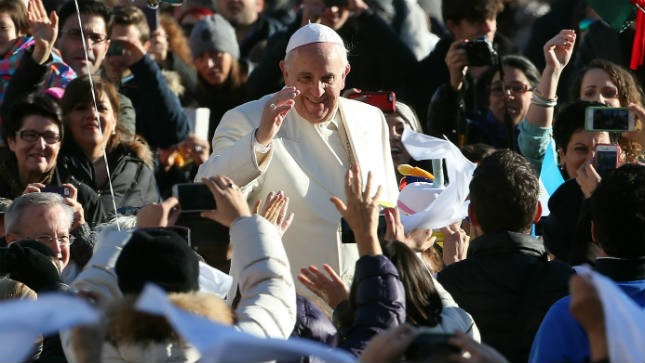 Pope Francis is planning to address a joint session of Congress and visit the White House during a trip to Washington, D.C. in September, one of the archbishops organizing the pontiff’s trip said.

Archbishop Bernardito Auza told the Catholic News Agency (CNA) on Sunday that the pope is projected to arrive in Washington on Sept. 22 as part of a three-city U.S. tour that includes New York and Philadelphia.
Francis will visit the White House on Sept. 23 and celebrate Mass at Washington’s Basilica of the National Shrine of the Immaculate Conception later that same day, Auza added.

“And we might say really the highlight of the Washington visit might be his speech to the joint-meeting of Congress, so the Senate and the House of Representatives,” Auza told CNA.

“But these are just proposals. At the end of February there will be the first organizational visit (from a Vatican delegation), and then we will see what we could really fill in,” the archbishop added, according to CNA.