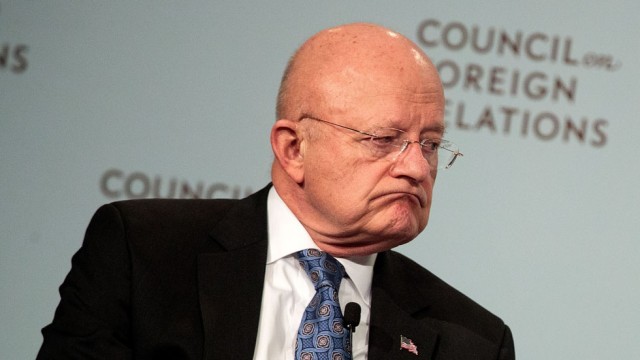 President Obama’s intelligence chief issued revised procedures in 2013 that made it easier for executive branch officials to “unmask” the names of lawmakers or congressional staffers caught up in intelligence intercepts overseas, according to interviews and documents reviewed by The Hill.

Procedures issued by Director of National Intelligence James Clapper in March 2013 formally supplanted a 1992 set of rules that made the dissemination of names of intercepted lawmakers or congressional aides an act of last resort.

The new standard allowed for a lawmaker’s or staffer’s name to be unmasked if  “an executive branch recipient of intelligence” believed that learning “the identity of the Member of Congress or the Congressional staff is necessary to understand and assess the associated intelligence and further a lawful activity of the recipient agency,” according to a memo released earlier this month by the DNI’s office with little public fanfare.

Under the previous rules authorized by former President George H.W. Bush and then-CIA Director Robert Gates, the CIA chief himself had to give “prior written approval” that the release of the identifying information had met “a legitimate foreign intelligence or counterintelligence need” that “cannot be satisfied in any other fashion.”