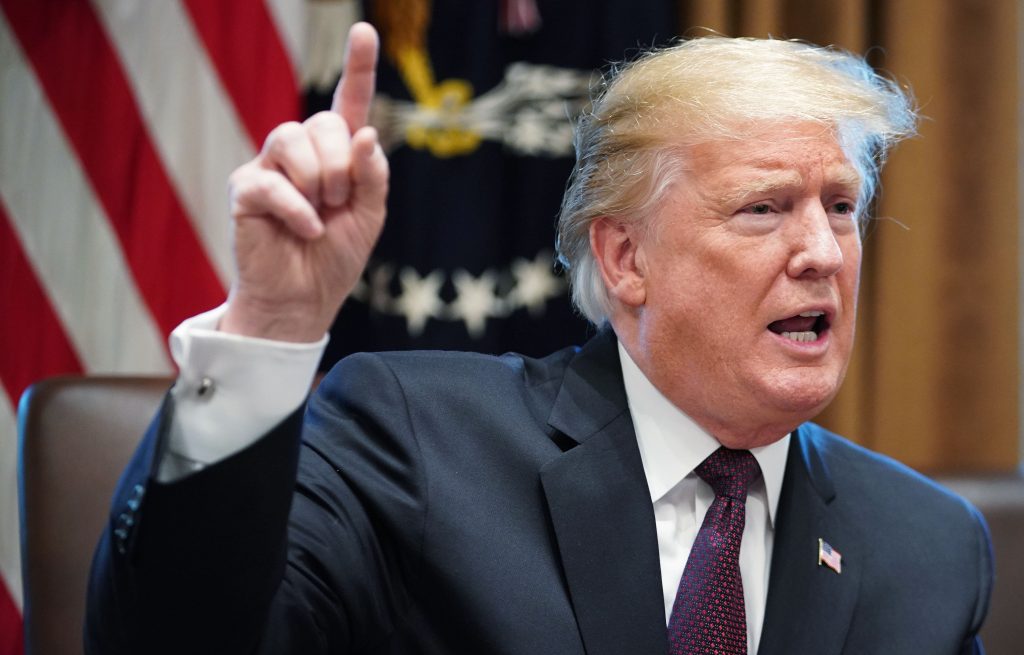 WASHINGTON – President Donald Trump on Sunday declined to rule out another government shutdown this month and threatened to declare a national emergency if a bipartisan committee negotiating over agency funding does not include money for his proposed border wall.

In a wide ranging Super Bowl Sunday interview with CBS, Trump also said he wants to keep U.S. troops in Iraq to “watch” Iran, disputed reports that Secretary of State Mike Pompeo is considering a run for Senate and said he would steer his son, Barron, away from playing football because of the risk of concussions.

The interview, which will air on CBS’s “Face the Nation” Sunday morning as well as during the network’s Super Bowl pregame coverage at 3:30 p.m., comes as Congress is running against a Feb. 15 deadline to broker a compromise on government funding and the president’s demand for billions more in border wall money. Democrats and Republicans on Capitol Hill say they are eager to avoid another shutdown after an impasse late last year forced some federal agencies to close for 35 days.

“I don’t like to take things off the table. It’s that alternative. It’s national emergency, it’s other things,” Trump told CBS’s Margaret Brennan. “We’re going to have a strong border. And the only way you have a strong border is you need a physical barrier.”