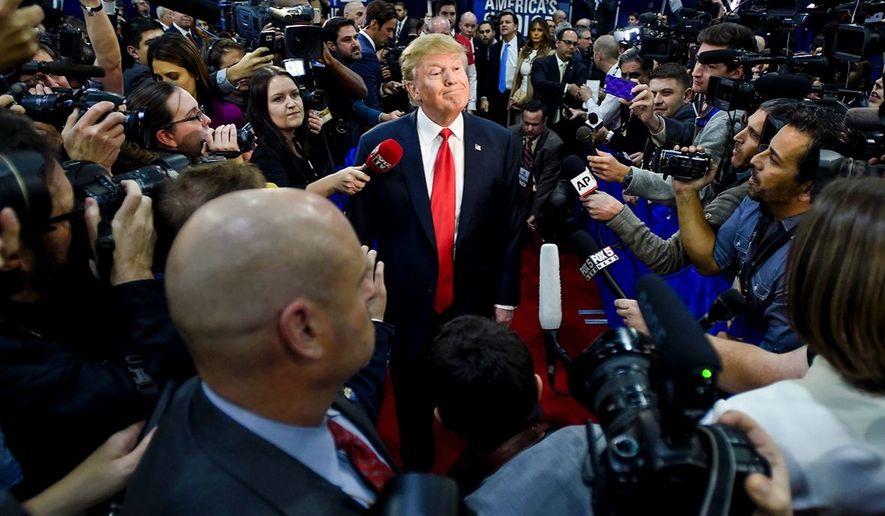 There was no press honeymoon for President Trump during his first month in office. A meticulous new study by the Media Research Center finds that 88 percent of the broadcast news coverage of Mr. Trump and his team was “hostile” during the first 30 days of office.

The coverage was intense and plentiful. The study, which analyzed both tone and content for evening newscasts on ABC, NBC and CBS, found that the “Big Three” networks produced 16 hours of coverage on the new president and his staff. That is over half — 54 percent — of their total coverage for the month.

“Our measure of media tone excludes soundbites from identified partisans, focusing instead on tallying the evaluative statements made by reporters and the nonpartisan talking heads (experts and average citizens) included in their stories,” write Rich Noyes, research director for the conservative press watchdog, and fellow analyst Mike Ciandella.

“In their coverage of Trump’s first month, the networks crowded their stories with quotes from citizens angry about many of his policies, while providing relatively little airtime to Trump supporters.” the pair noted. “And the networks’ anchors and reporters often injected their own anti-Trump editorial tone into the coverage. ‘It has been a busy day for presidential statements divorced from reality,’ CBS Evening News anchor Scott Pelley snidely began his February 6 broadcast.