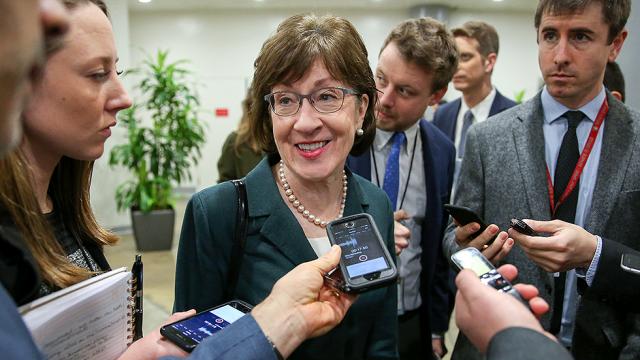 Activists and advocacy groups are ramping up the pressure on undecided senators with hopes of tanking Supreme Court nominee Brett Kavanaugh, with less than three weeks to go before Republicans hope to confirm him.

Outside groups are pouring hundreds of thousands of dollars into the effort to oppose Kavanaugh, and are targeting GOP senators such as Susan Collins of Maine, Dean Heller of Nevada, and Lisa Murkowski of Alaska, as well as Democrats in Republican-leaning states up for re-election who decide to vote “yes.” Many of those same senators are being subjected to cruder attacks from individuals.

Collins appears to be bearing the brunt of the attacks, as her office has fielded vulgar and threatening messages from people urging her to vote “no.” Her office has received roughly 3,000 coat hangers in the mail, a warning about the self-induced methods of abortion women may have to resort to should the Supreme Court overturn Roe v. Wade.

In one voicemail to one of Collins’s state offices, a person threatened to rape her 25-year-old female staffer. In another voicemail obtained by the Washington Examiner from Collins’ office, the caller said, “Don’t be a dumb c–t. Don’t be a stupid, fucking hypocrite. … Don’t be a dumb bitch. Fuck you also.”