Pressure mounts on Congress for quick action with next coronavirus bill 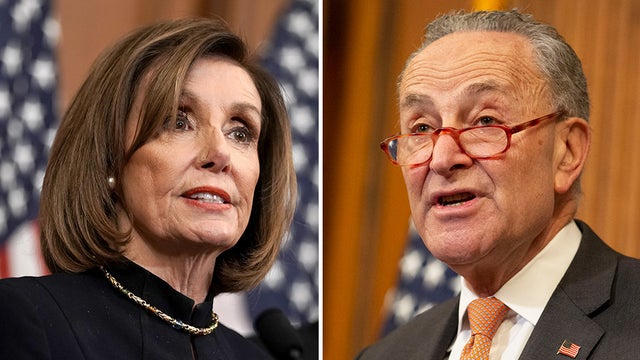 Lawmakers are facing mounting pressure to move to the next phase of coronavirus legislation, less than two weeks after passing a historic $2.2 trillion economic relief bill.

While the most recent round of federal funding was unprecedented in its scope and scale, the delivery of the aid to its intended targets has been hobbled by administrative and other logistical pitfalls, causing delays in distribution and sparking widespread anxieties about when the assistance will reach businesses, families and workers hardest hit by the swift-moving pandemic.

Those problems have unfolded just as President Trump and his public health team are warning that the next two weeks could prove to be one of the most trying stretches in modern American history, as the number of cases and deaths are expected to spike, and governments at every level implement ever-more stringent self-isolation measures, which have already devastated businesses large and small across the country.

The combination of factors has triggered a new urgency among Capitol Hill lawmakers to get moving on a fourth round of emergency relief, even as the funding in the third is just starting to trickle out the door.

“They are going to start feeling heat to fix or add to Phase 3,” said a former Democratic leadership aide. “They will realize that the longer it takes to get the money [out], the more they will need.”

Central to the $2.2 trillion Phase 3 package, signed into law by Trump on March 27, were provisions providing roughly $350 billion in small business loans, $250 billion in unemployment benefits and up to $1,200 in cash payments for most Americans.

Yet the nation’s banks have complained about a lack of guidance from the Small Business Administration, complicating the issuance of loans. State officials nationwide have been overwhelmed by the deluge of unemployment claims, which hit 10 million in the second half of March. And the direct cash payments, while expected to go out this month to those with direct deposit, could take weeks or months longer to reach those set to receive a paper check.

The flood of demand has forced many lawmakers, who are home in their districts until at least April 20, to become surrogate field workers, strapped to their phones for hours on end in a scramble to secure the promised benefits to constituent workers and businesses. And patience is running thin.

“In two weeks members will be clamoring for a fix,” the former aide said.

Speaker Nancy Pelosi (D-Calif.) and Senate Minority Leader Chuck Schumer (D-N.Y.), under pressure to show Democrats are being responsive to the crisis, are vowing quick action to build on the $2.2 trillion Coronavirus Aid, Relief, and Economic Security Act (CARES), with what they’re now calling “CARES 2.” In a letter over the weekend, Pelosi told colleagues she wants to bring the Phase 4 package to the floor by the end of the month.

“Our communities cannot afford to wait, and we must move quickly,” she wrote.

In a Monday afternoon conference call with Democrats, Pelosi said the emerging package will provide at least an additional $1 trillion in relief, according to a source on the call.

Asked Monday about the Senate returning to Washington by April 20, Schumer replied: “I do think we have to come back relatively soon.”

Adding to the urgency, financial leaders are sounding the alarm about where the economy is heading. JPMorgan Chase CEO Jamie Dimon told shareholders Monday he’s bracing for a “bad recession,” while former Federal Reserve Chair Janet Yellen warned that the economy quite possibly has already plunged into depression territory.

“If we had a timely unemployment statistic, the unemployment rate probably would be up to 12 or 13 percent at this point and moving higher,” Yellen said during an appearance Monday on CNBC. Gross domestic product, she said, is down “at least 30 percent and I’ve seen far higher numbers” — figures that resemble the economy during the Great Depression.

Yellen shared some of those same observations on the coronavirus conference call with House Democrats later in the day. The U.S. economy is “seeing unprecedented devastation,” she told lawmakers, according to the source on the call.

It’s “impossible to know how deep and long the recession will be. It depends on the public health response,” Yellen said, adding that this week’s numbers for jobless claims will be even higher than last week’s.

Just last week, Pelosi had indicated the Democrats would push for a sweeping infrastructure package as the central component of the next aid bill, which she characterized as the launch of the economic “recovery” phase. The Speaker quickly altered course on Friday, a day after news that more than 6.5 million workers had applied for unemployment insurance benefits the previous week — a historically high figure that spun Democratic leaders from recovery back to triage.

As part of the next phase, Democrats are pressing for more funding for new medical equipment; another round of direct cash payments; an expansion of both food stamps and unemployment benefits; an extension of paid leave to cover more affected families; and tougher work-safety protections for medical personnel, firefighters and other front-line workers.

In addition, Rep. Richard Neal (D-Mass.), chairman of the House Ways and Means Committee, is working to expand refundable tax credits, according to a committee aide, and prop up struggling pension plans, including multi-employer benefits.

Democrats on the House Energy and Commerce Committee, led by Rep. Frank Pallone Jr. (N.J.), are also working on parts of Phase 4, including provisions to provide free medical care to all coronavirus patients; expand health coverage for laid off workers through the COBRA program; increase the federal share of Medicaid payments; and establish a special enrollment period for coverage under ObamaCare — a process Trump recently rejected.

Pallone is also eyeing help for rural and low-income communities, including billions of dollars in broadband funding and subsidies for water, heating and other utility bills.

The Democrats’ plans are sure to run into stiff opposition in the GOP-controlled Senate, where Majority Leader Mitch McConnell (R-Ky.) has warned against an aid package that’s not laser-focused on the most immediate health care needs stemming from the COVID-19 crisis. Still, after initially resisting quick action on a fourth bill, McConnell has more recently acknowledged that Congress has little choice.

“There will be a next measure,” he told the Associated Press over the weekend.

Lawmakers have their own ideas about what should be included in CARES 2. Assistant Speaker Ben Ray Luján (D-N.M.) and nearly 130 other House lawmakers sent a bipartisan letter to Pelosi calling for the next package to include billions in stabilization funding for counties, cities and towns with populations under 500,000. Local governments have taken a huge hit from the crisis as sales taxes and other revenue streams dry up.

Meanwhile, Sen. Josh Hawley (R-Mo.), who had warned the Trump administration early on about the looming health crisis, has proposed that Phase 4 include a refundable payroll tax rebate covering 80 percent of employer payroll costs, and bringing medical supply chains back to the U.S.

“Too many people are losing their jobs & their livelihoods in this emergency,” he tweeted Monday. “It is time to take action to save American jobs and bring back those that have been lost.”