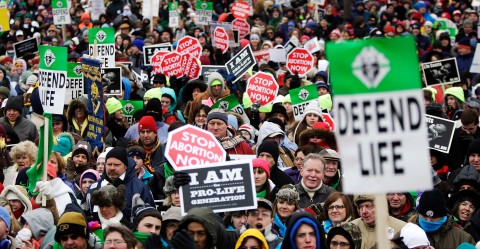 Pro-life women will participate in the Women’s March on Washington later this month, sending the message that the anti-Trump and pro-choice narratives pushed by the event’s organizers do not speak for all women.

Representatives from the Stanton Policy Center, And Then There Were None, Sound Legal Group and other pro-life groups are planning to attend the Jan. 21 march.

“As a woman who has spent most of her life standing up against injustice in the world and promoting the dignity of women and the sanctity of every human life, I am thrilled to be a part of the Women’s March,” Brandi Swindell, founder of the Stanton Policy Center, said in a statement.

Organizers for the Women’s March predict 200,000 will attend the demonstration the day after President-elect Donald Trump’s inauguration.

Abby Johnson, a former Planned Parenthood employee and founder of And Then There Were None, said she will attend the march to protest the abortion giant.