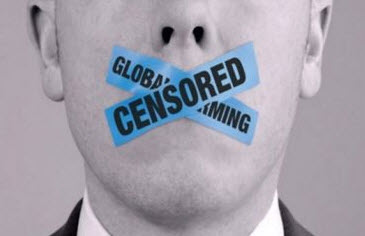 ‘We will not, at any time, debate the science of climate change’

Three professors co-teaching an online course called “Medical Humanities in the Digital Age” at the University of Colorado-Colorado Springs recently told their students via email that man-made climate change is not open for debate, and those who think otherwise have no place in their course.

“The point of departure for this course is based on the scientific premise that human induced climate change is valid and occurring. We will not, at any time, debate the science of climate change, nor will the ‘other side’ of the climate change debate be taught or discussed in this course,” states the email, a copy of which was provided to The College Fix by a student in the course.

Signed by the course’s professors Rebecca Laroche, Wendy Haggren and Eileen Skahill, it was sent after several students expressed concern for their success in the course after watching the first online lecture about the impacts of climate change.

“Opening up a debate that 98% of climate scientists unequivocally agree to be a non-debate would detract from the central concerns of environment and health addressed in this course,” the professors’ email continued.