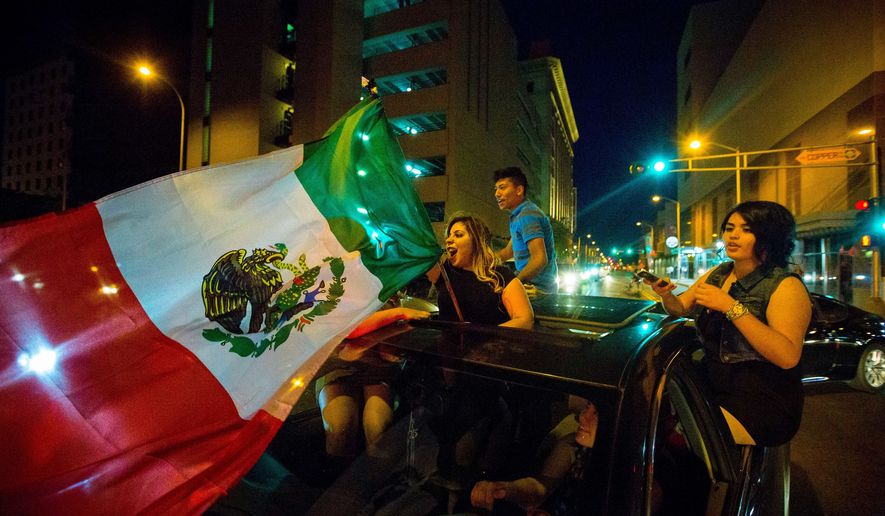 The ugly protest scenes outside Donald Trump’s rallies are doing more damage to the protesters than to Mr. Trump’s political chances, according to analysts who say the violence and anti-American sentiments are backfiring.

Perhaps even worse for the rioters, they are likely chasing undecided voters toward the side of the man they are protesting.

“When people show up throwing bottles and waving the Mexican flag, you have had a lot of people who may have not been willing to support Trump who see this and say the enemy of my enemy is my friend,” said former Rep. Tom Davis, who ran House Republicans’ campaign committee for two cycles a decade ago. “There is no question these are helping Trump, and Democrats know that.”