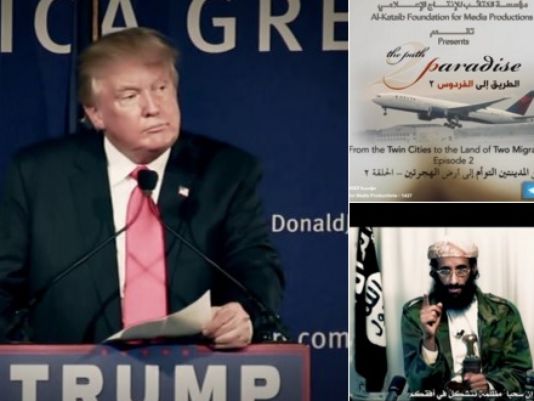 The video shows Trump saying: “Donald J. Trump is calling for a total and complete shutdown of Muslims entering the United States until our country’s representatives can figure out what the [expletive] is going on.” The group bleeps out his use of the word “hell.”

The clips are part of a 51-minute propaganda video released by al-Shabab, al-Qaeda’s Somalia-based affiliate. It is the second in a series of two al-Shabab recruitment videos highlighting American-born jihadis fighting for the group in Somalia, according to SITE, a U.S.-based organization that monitors extremist activity online.

The video was distributed Friday on Twitter by the al-Kataib Media Foundation, an Islamist militant organization, SITE reported, according to Reuters.