by Alexander Bolton and Jonathan Easley - The Hill
March 20, 2013 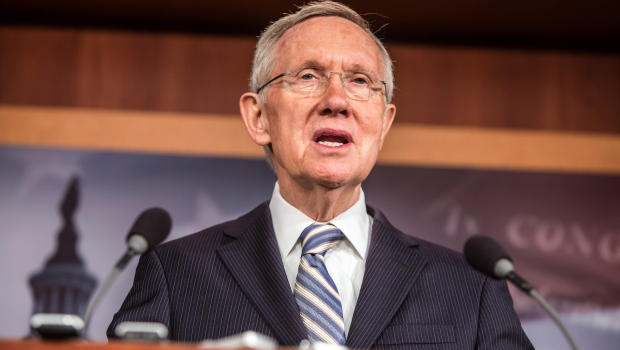 Senate Majority Leader Harry Reid (D-Nev.) said Tuesday he will not include a renewal of the federal assault weapons ban in a Senate gun control bill because it could not win even 40 votes on the Senate floor.

â€œRight now her amendment using the most optimistic numbers has less than 40 votes,” Reid told reporters on Tuesday. “Thatâ€™s not 60. I have to get something on the floor so we can have votes on that issue and the other issues we talked about.”

Reid indicated a proposal sponsored by Sen. Charles Schumer (D-N.Y.) to expand background checks to cover private gun sales would not make it in the base bill, either.

â€œThere are a couple different background check proposals floating around,â€ Reid said. â€œAll these issues are important and Iâ€™m going to do what I can to make sure we have a fair, sound debate on this but we canâ€™t have it unless I have something that I can put on the floor to proceed to it.

â€œIâ€™m not going to try to put something on the floor that wonâ€™t succeed. I want something that will succeed,â€ he added.

Reid said he needs at least five Republican votes to begin a floor debate on gun-violence legislation. He hopes to bring the gun control bill to the Senate floor after the Easter recess.