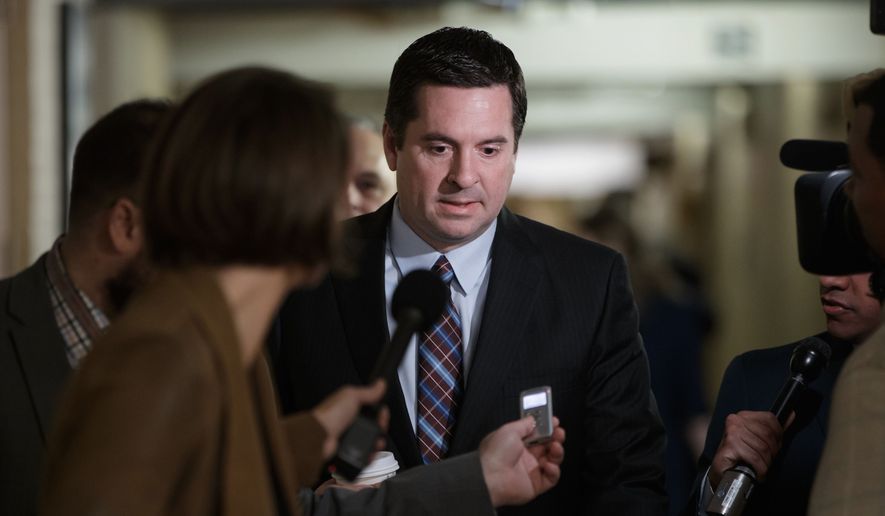 Rep. Devin Nunes said Monday that the FISA court cannot exist if political parties are allowed to use it against one another.

“We can’t have a secret court operate like this in America where they’re going to take and use it against political enemies. Where one political party can use it against another. It’s not going to work, if that’s going to be the case,” Mr. Nunes, California Republican, said on Fox Business.

The FISA court — a secretive court system under the Foreign Intelligence Surveillance Act used to obtain surveillance warrants — came under scrutiny when Republicans on the House Intelligence Committee said the FBI used evidence funded by the Democratic National Committee to obtain a warrant on former Trump campaign adviser Carter Page.

The Republican memo was released a few weeks ago, which Democrats said was mischaracterizing the evidence. Democrats released their memo over the weekend to refute the accusation. Their memo was delayed for further editing and redaction after the FBI said it contained sensitive information.