Rep. Trey Gowdy to Peter Strzok: ‘I don’t give a damn what you appreciate’ 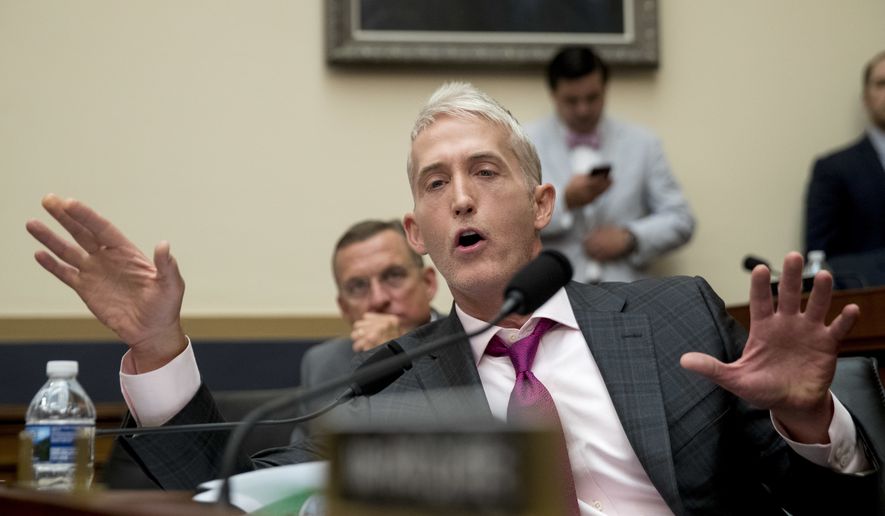 Rep. Trey Gowdy and FBI agent Peter Strzok got into a testy exchange Thursday over a series of anti-Trump texts Mr. Strzok sent his lover just before he started as lead investigator for special counsel Robert Mueller’s Russia collusion probe.

But the embattled FBI agent challenged that, saying that he was let go because the text messages create the perception of bias, not that he was found to be biased.

“I don’t give a damn what you appreciate, Agent Strzok,” Mr. Gowdy said. “I don’t appreciate having an FBI agent with an unprecedented level of animus working on two major investigations.”